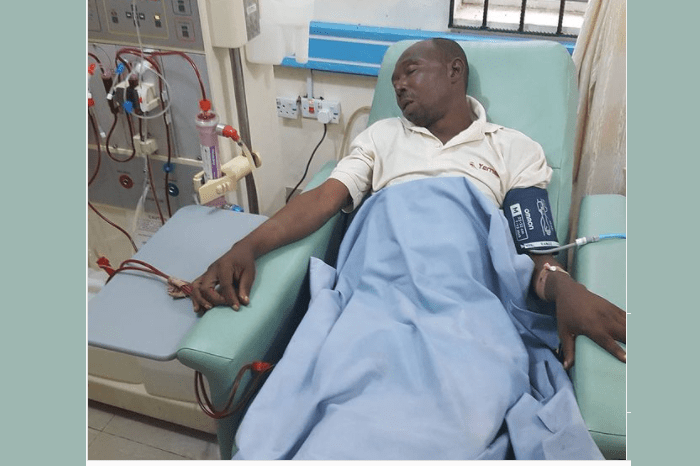 Several social media users and blogs have circulated a photo of a man on a hospital bed claiming he is a pastor who was beaten up by his congregation for asking for money to unlock the 2022 New Year’s blessing.

Blogs claim the photo shows a Kenyan pastor, James Mungo hospitalised after asking for Ksh4200 (N16,000) from members to unlock their 2022 blessings.

Similar posts with the image were shared here on Twitter and here on Facebook and some Nigerian blogs, as can be seen here.

The photo shows a pastor who demanded money to unlock 2022 blessings hospitalised due to being beaten by church members.

The photo is an old photo that has been on the internet since 2017.

A Google reverse image check showed that the image is of a  now-deceased Nollywood actor, Adeshina Adesanya, known as Pastor Ajidara, who was reported to have died in 2017.

A colleague of the deceased, Adebayo Amusan,  known as Mr Latin, shared the image on his Instagram handle in May 2017, as seen here after his death.

The claim that the photo shows a pastor who demanded money to unlock 2022 blessings hospitalised due to being beaten by church members is FALSE.

The photo is unrelated to the incident. The image has been online since 2017. Therefore it could not have been from an incident touted to have taken place on the eve of 2022.

How to get verified on Twitter as a journalist