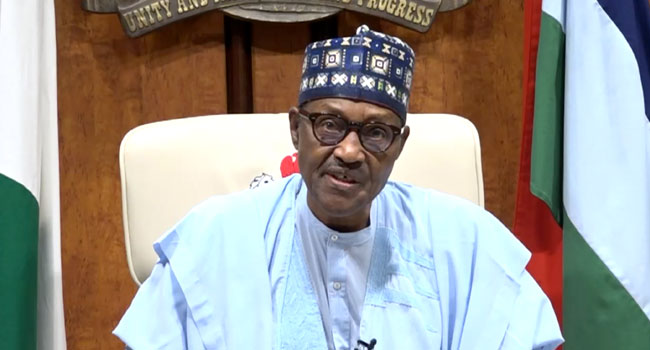 IN his nationwide broadcast on Sunday, 12th of June 2022 in commemoration of the 2022 Democracy Day, Nigeria’s President Muhammadu Buhari said recent primary elections conducted by political parties in the country for the 2023 general elections were peaceful and orderly.

In his speech live-streamed on Channels TV, Buhari noted that he arrived at the conclusion having followed the primary elections from the state level to the presidential level.

“Recently, all registered political parties conducted primaries to select their candidates for the 2023 general elections.

“These primaries were peaceful and orderly. Those who won were magnanimous in their victories,” Buhari said.

He added: “I followed the party primaries closely from the state level to the Presidential level. I was very impressed to see across all the political parties that most candidates ran issued-based campaigns. The language and tone throughout were on the whole measured and controlled.”

Political parties in Nigeria conducted their primary elections recently to select their flagbearers for the forthcoming 2023 general election following the directive of the Independent National Electoral Commission (INEC) to conclude the processes by June 9, 2022.

But how true is Buhari’s claim?

Checks by The FactCheckHub show that the president’s claim that primary elections of political parties at all levels were peaceful and orderly is MOSTLY FALSE.

Even though the primary elections were peacefully conducted in some parts of the country, findings by The FactCheckHub show that the processes were marred by political thuggery, killings, stealing of ballots, and other forms of violence in several instances.

Violence was witnessed especially during the primary elections by some chapters of the ruling All Progressives Congress (APC), the party that the president himself belongs to, and the main opposition party, the Peoples Democratic Party (PDP).

Findings by The FactCheckHub from credible media reports show that cases of violence were reported in no fewer than nine states and at least, five cases of fatality were recorded during the exercises:

Media reports confirmed that armed thugs disrupted the House of Assembly primary election of the APC held in the Alimosho area of Lagos state.

It was reported that armed political thugs clashed and used dangerous weapons including guns, cutlasses, knives and bottles, to fight and chase people away during the primaries.

Delegates, party faithful, electoral officers, and security personnel were whisked out of the election premises following the outbreak of the violence which marred the election process.

It was reported that hoodlums took to the major road firing gunshots, disrupting vehicular and pedestrian movement, while shops and residentials around the area were locked up immediately.

According to a Daily Trust report, no fewer than two persons were confirmed dead after the announcement of the results.

Cases of violence were also reported during the House of Representatives’ primary election of the APC in some federal constituencies in Ondo State, the Vanguard newspaper reported.

It was reported that thugs disrupted the election in Akure South/Akure North Federal Constituency by chasing away the delegates and the electoral officers at the scene.

It was also reported that political thugs forcefully gained entrance into the hall, beat the security at the entrance, and carted away the ballot box from the agents during the election.

Thisday newspaper also reported that gunshots were fired at the venue of the primary election of the party.

The Guardian reported that violence occurred at the House of Representatives and State Assembly primaries conducted by the Oyo State chapter of the PDP.

Some voters claimed they were chased out of the venue of the primary election and cases of alleged use of force and intimidation were also reported by the media.

Similarly, the Vanguard reported that policemen fired teargas at journalists at the venue of the governorship primaries of the PDP in the state.

Hundreds of angry youths disrupted the Nasarawa West senatorial primary of the APC held in Keffi LGA of the state, Daily Trust reported.

The national daily reported that violence erupted at the venue of the primary election following alleged alteration of the delegates’ list by the national body of the party.

A correspondent of the medium who was at the scene reported that gunshots rented the air after the youths had a confrontation with security personnel.

The APC House of Representatives primary election for Ekiti Central Federal Constituency II conducted on the 27th of May, 2022 was declared inconclusive following violent disruption of the exercise, The Punch reported.

The election was disrupted by political thugs while the Electoral Officer, Akin Alebiosu, had his head smashed with stone and planks during the incident.

Violence was also recorded during the PDP primary election for Abia North Senatorial District held on the 25th of May, 2022, the PM NEWS reported.

In Bayelsa state, the primary election exercise of the PDP turned violent at Constituency One in the Ogbia Local Government Area.

The violence followed an argument over the authenticity of the delegates’ list by the party members.

One person was allegedly shot dead, and some cops were injured during a clash between suspected hoodlums and some policemen at the venue of the Akpabuyo/Bakassi/Calabar South Federal Constituency primary election of the APC, The Punch reported.

Earlier before the incident, a policeman had been killed during the House of Representatives’ primary of the PDP in the state. The policeman was identified as Martins Mbang, The Punch also reported.

Thugs invaded the venue of the primary election conducted by the APC to elect a candidate for the Kaduna North senatorial district, The Cable reported.

Following the invasion of the venue, cameras and other electronic gadgets of some journalists covering the event were seized.

The claim by President Buhari that the primary elections were peaceful and orderly is MOSTLY FALSE. Findings show that cases of violence during the primaries conducted by political parties, especially that of the PDP and APC claimed the lives of no fewer than five people. Stealing of ballots, firing of gunshots, and thuggery among other violent disruptions were also reported. 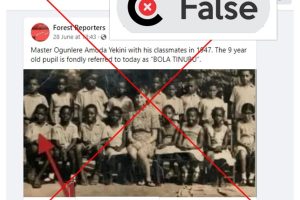 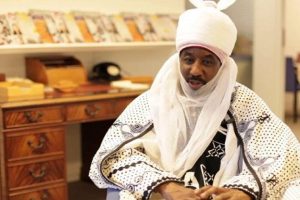