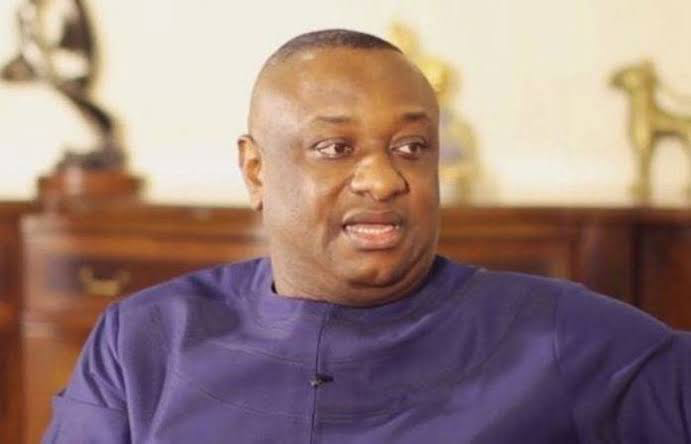 NIGERIA’s minister of Labour and Employment and Spokesperson of the All Progressives Congress (APC) Presidential Campaign Council, Festus Keyamo, has said the Action Congress of Nigeria (ACN) fielded the same faith presidential ticket in 2011.

He said this while speaking on Channels TV on Sunday, September 25, 2022 while defending the decision of the APC to field two Muslims as presidential and vice-presidential candidates respectively in the nation’s 2023 general elections.

“In the past, there have been Muslim -Muslim ticket before, and there was not so much noise. The ACN fielded a Muslim-Muslim ticket in 2011,” Keyamo said.

Speaking further, he argued that Atiku Abubakar, the presidential candidate of the People’s Democratic Party (PDP) did not get up to 10 per cent of votes in certain Northern states in the 2019 presidential election.

“I just want to make a statement of fact. They (Northern Elders Forum) don’t speak for the North. When they campaigned against Buhari in 2019, Buhari won resoundingly, and Atiku lost.

“Atiku lost. He did not even get 10 per cent of the votes in certain parts of the North. It is just to show that there are very wise elders, but they don’t control the street,” Keyamo stated.

Some Nigerians have expressed doubts on the veracity of both claims made by Keyamo, hence this verification.

ACN fielded a Muslim-Muslim ticket in 2011.

Findings by The FactCheckHub show that the claim is TRUE.

The Action Congress of Nigeria fielded Nuhu Ribadu, a former Chairman of the Economic and Financial Crimes Commission and Fola Adeola, a co-founder of Guaranty Trust Bank (GTBank), as the presidential and vice-presidential candidates of the party, respectively in 2011.

Checks show that they are both Muslims.

Reports show that Christian groups canvassed support for Ribadu’s gubernatorial candidacy in Adamawa state in the 2015 election whom they acknowledged was a Muslim. Ribadu also felicitated with fellow Muslims during Ramadan in 2020 via his tweet.

According to his biography published by the entrepreneurs.ng, Fola Adeola was referred to as Tajudeen, which is a Muslim name. His wife is Hajara Adeola, who is also a Muslim.

The FactCheckHub also found one of his tweets where he responded to a tweet acknowledging that he’s a Muslim.

The claim by Keyamo that the ACN fielded a Muslim-Muslim ticket in 2011 is TRUE.

Atiku did not get up to 10 per cent of the votes in certain Northern parts of Nigeria.

Findings by The FactCheckHub show that the claim is also TRUE.

PDP’s Atiku Abubakar lost his 2019 presidential bid to Muhammadu Buhari of the APC, who won 19 of the 36 Nigerian states. Atiku won in 17 states and the Federal Capital Territory.

Atiku did not get up to 10 per cent of votes in Borno and Yobe states.