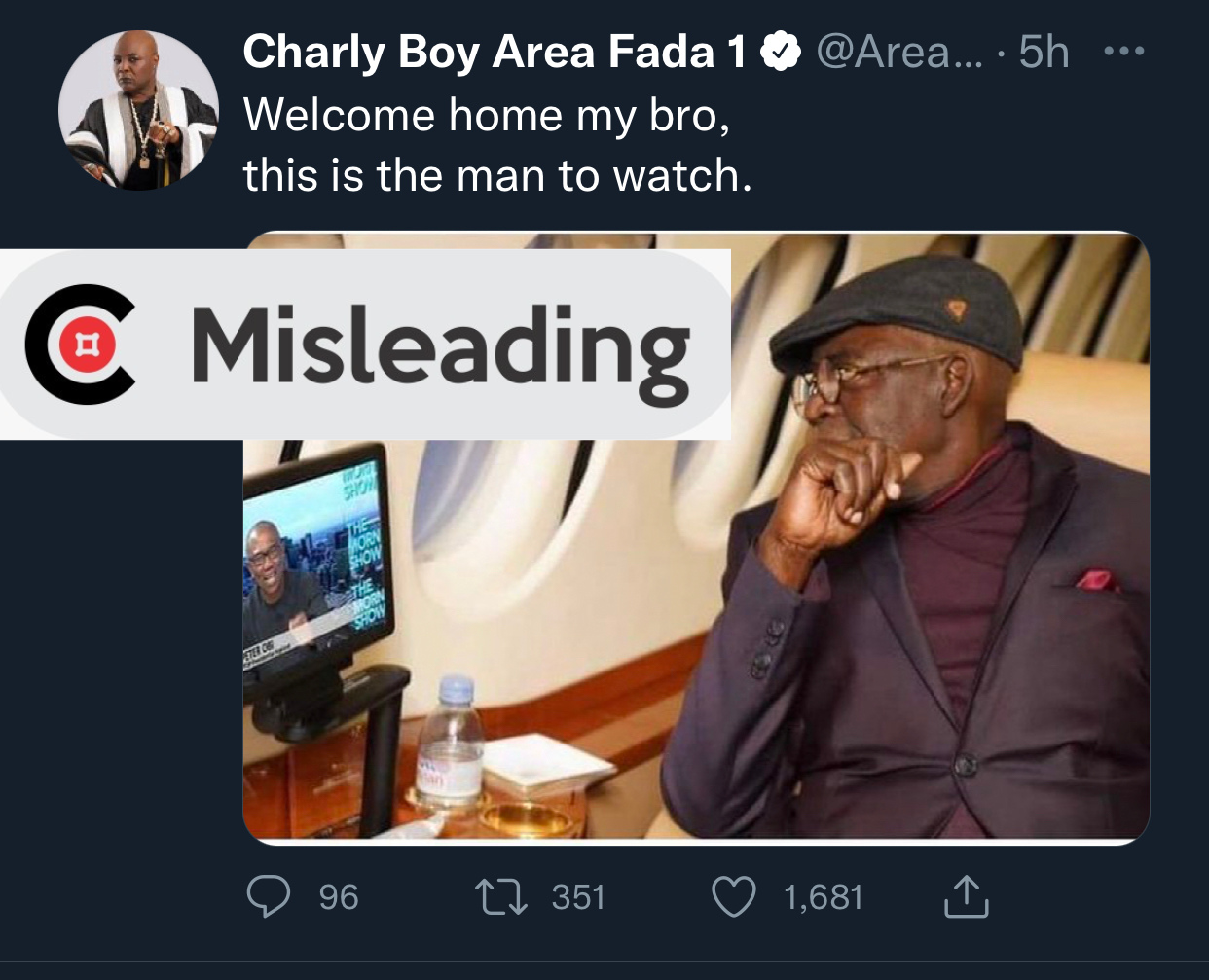 NIGERIAN music artiste, Charles Chukwuemeka Oputa, has tweeted a photo showing the presidential candidate of the All Progressives Congress (APC), Bola Ahmed Tinubu, watching his counterpart from the Labour Party, Peter Obi, on a television screen.

He tweeted the photo on Saturday, October 8, 2022, following the arrival of Tinubu on Thursday after spending weeks in the United Kingdom.

“Welcome home my bro, this is the man to watch,” Charly Boy tweeted on its verified Twitter handle, @areafada1.

Using Google Reverse Image Search, checks revealed that the photo has been manipulated.

The original image shows Tinubu in an aeroplane staring at a TV screen on his way from the United Kingdom to Nigeria. However, there was nothing showing on the screen.

This is not the first time that Charly Boy has shared misleading claims online.

The FactCheckHub had earlier reported how he shared a misleading video with a claim that it shows Peter Obi’s supporters in boats holding a campaign rally in riverine areas. When The FactCheckHub subjected the video to verification, it revealed that the claim was FALSE.

The FactCheckHub also reported how he made a false claim about the electronic transmission of election results by the Independent National Electoral Commission (INEC).

The photo shared by Charly Boy on Saturday is MISLEADING; findings revealed that the photo has been manipulated.