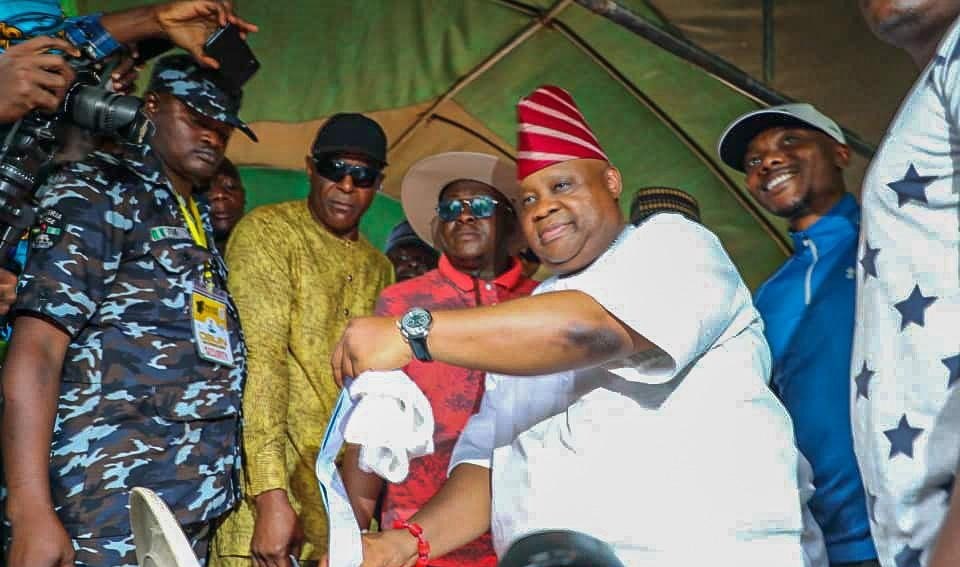 THE screenshot of a post attributed to a Twitter account, @APCYSForum, claiming that the Osun state governorship candidate of the Peoples Democratic Party (PDP), Ademola Adeleke has been sacked by a court has circulated on social media.

The now-deleted tweet, as seen on the screenshot, was posted on July 5, 2022.

That a court has sacked Ademola Adeleke, the PDP governorship candidate in Osun state.

The court had earlier in May 2022 affirmed Senator Ademola Adeleke as the validly elected PDP candidate for the governorship election in Osun State holding today (Saturday).

Using some keywords, a search on the internet shows that there is no credible media that reported the court ruling.

Findings by The FactCheckHub show that Ademola Adeleke’s political party (PDP) is still on the ballot papers used on Saturday as the election continues in the state.

Media reports published by The ICIR and The Punch also show that Adeleke cast his vote at the ongoing election and lauded the electoral process.

The claim that Ademola Adeleke, the PDP candidate for the 2022 Osun State governorship election has been sacked by a court is FALSE; findings show that he cast his vote on Saturday at the ongoing election.