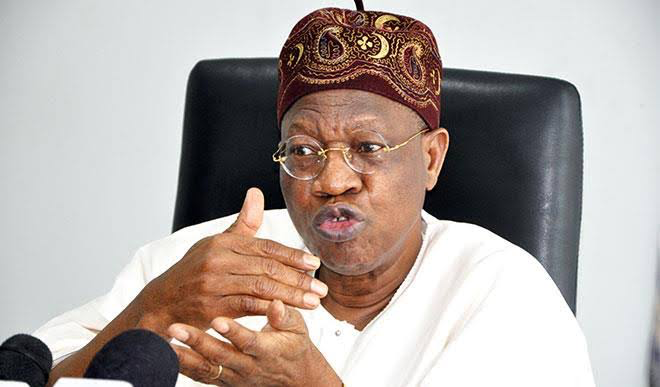 NIGERIA’s minister of Information and Culture, Lai Mohammed, has called for an upward review of the budgetary allocation for the ministry of information and culture to combat fake news, disinformation, and hate speech across the country.

Mohammed said his ministry was incapacitated in the war against fake news, disinformation and hate speech currently ravaging the nation.

The minister, who decried the low 2023 budgetary allocation to the Ministry of Information and Culture and its parastatal agencies, raised concerns on Wednesday in Abuja during the 2023 budget defence session organised by the House of Representatives Committee on Information.

He said that in the 2022 budget, the sum of one billion Naira was allocated to the information component of the ministry.

Mohammed said that in the 2023 proposal, only the sum of N345 million was allocated for capital expenditures for the information ministry.

He noted that given the circumstances in the country, the ministry should be given more money and not less.

He said that the country was going into an election and population census in 2023, adding that there is a need for increased advocacy to sensitize Nigerians.

He said that there would be a need to organise town halls, produce and broadcast documentaries, and visit Federal Government project sites, among many other activities in the fiscal year.

“I fully understand the economic challenges the country is facing, but I do not agree that the Ministry of Information and Culture should have less; actually, it should have more.

“This is because it is in times of challenges and hardship that you need your Ministry of Information not just to chronicle, despite lack of funds, but to combat fake news, disinformation, and hate speech which today has attained a height that is threatening our very existence as a nation.

“While I admit that our revenue is dwindling, there is no better time to have more money for the Ministry of Information and Culture,” Mohammed said.

He urged the committee to do all within its power to increase the budgetary allocation for the ministry for better service delivery.