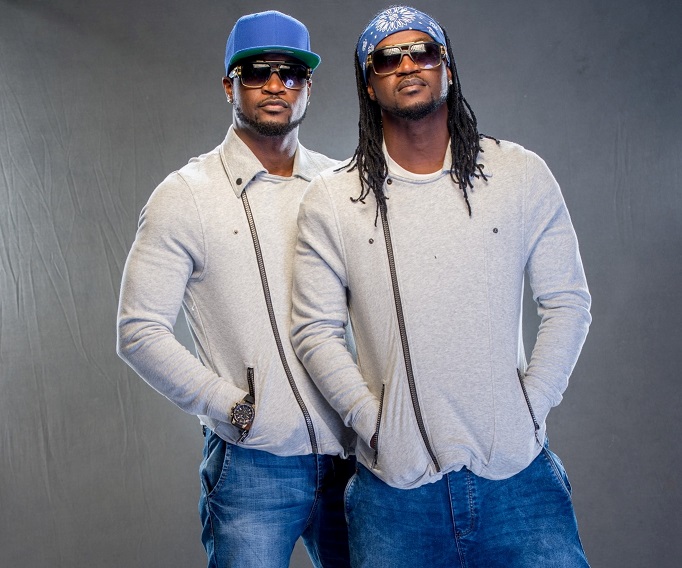 AN IMAGE showing Nigerian artistes Peter and Paul Okoye, popularly called P-Square, dressed in sweatshirts with colours of the Biafran flag has been shared multiple times on social media alongside a claim that the artistes wore the outfits in support of a Biafran movement.

The image was posted on a Facebook page, Biafra Today News, on January 29, 2022 (as archived here) with a caption: “The restoration of Biafra is non-negotiable. We keep moving!”

The image was also posted on another Facebook page, Marlians TV, alongside a caption calling for the artistes to be arrested, as archived here.

“Nigerian government supposed to Lock this guy’s up the same way Kalu is been locked up… They are distracting the peace of this country by promoting a terrorist organization call Biafra (sic),”  the caption reads in part.

A Twitter user with the username: @adaelowhite1 also tweeted the image, as archived here.

Findings by the FactCheckHub show that the image has been manipulated.

A Google Reverse Image Search of the photo shows the original image which was posted on the official Facebook page of the duo on the 27th of November, 2021.

The image shows the duo wearing plain light grey sweatshirts and blue jeans trousers and not in Biafran colours as depicted in the doctored image.

The colours of the Biafran flag, used by the Biafran Republic during The Nigerian Civil War of 1967- 1970, consists of a horizontal tricolour of red, black, and green, charged with a golden rising sun over a golden bar.

A metadata analysis of the doctored image using Fotoforensic — a digital tool used in analysing images — shows that the image has been altered using the Photoshop application.

Similarly, an Error Level Analysis (ELA) of the photo shows colour incoherence on the doctored portion of the image as shown here.

The FactCheckHub reports that this is not the first time the Facebook page, Biafra Today News, is publishing doctored images of celebrities and other notable individuals, especially of Southeast Nigeria origin to promote the Biafran cause.

Earlier on January 10, 2022, a doctored image of Michael Collins Ajereh, a Nigerian music producer popularly called Don Jazzy, in Biafra-coloured outfit was posted on the same page, as archived here.

The Africa Check had earlier in December 2021 also fact-checked a similar image of Chinedu Okoli, popularly known as Flavour, posted online by another Biafran movement.

A graphics design expert, Ali Geidam, also confirmed to the FactCheckHub that the image of P-Square was manipulated using a photo editing tool.

“There are 10 ways to achieve such manipulation using various software. There are designers with specialities in photo editing/manipulation for good reasons. They do it for promotions, movies etc.

“But nowadays, some do it with negative intentions. Technical step-by-step on how to create such manipulation is a long and tricky process in order to achieve a realistic result. To explain these technicalities can be difficult especially if you don’t do it every day, ” he said.

The image of P-Square wearing outfits with Biafran colours is manipulated; thus making the claim FALSE.