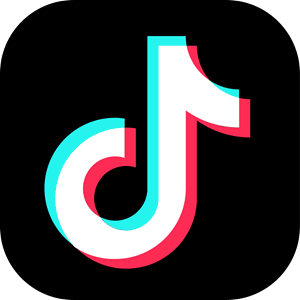 THE popular video-sharing app, TikTok, has announced additional policies after a report indicted its platform of exposing its users to misinformation.

Blake Chandlee, president of global business solutions for the short-form video platform, said in a blog post that he hopes these actions will help curb the misinformation that has been plaguing American democracy.

“As we have set out before, we want to continue to develop policies that foster and promote a positive environment that brings people together, not divide them,” Chandlee said in the post.

He added: “We do that currently by working to keep harmful misinformation off the platform, prohibiting political advertising, and connecting our community with authoritative information about elections.”

Chandlee said verification of politicians or government entities would be crucial to building trust with platform followers.

He noted that political advertising is already banned on TikTok, adding that the social media platform is “working to keep harmful misinformation off the platform.”

“Today, we are building on that approach by making a series of changes to government, politician, and political party accounts that we believe will help ensure TikTok remains a fun, positive and joyful experience,” he stated.

A report published by NewsGuard last week had showed that when a TikTok user searches the social media app for information on top news stories, ranging from Covid-19 vaccines to school shootings, nearly 20 per cent of the videos presented as search results contain misinformation.

Researchers at NewsGuard, a journalism and technology tool that tracks online information, searched TikTok and Google this month for information on major news topics such as the 2020 presidential election, the Russia-Ukraine war and abortion to compare the misinformation delivered by their search engines.

The report shows that TikTok’s users, who are predominantly teens and young adults, are consistently fed false and misleading claims when they search on TikTok for information about prominent news topics.

According to the report, a search on TikTok for information about politics, COVID-19, the Russia-Ukraine war, the 2022 U.S. midterm elections, abortion, and school shootings, among other topics in the news repeatedly delivered videos containing false claims in the first 20 results, often within the first five. Google, by comparison, provided higher-quality and less-polarizing results, with far less misinformation.

NewsGuard researchers also found that TikTok’s search engine “is consistently feeding millions of young users health misinformation, including some claims that could be dangerous to users’ health.”