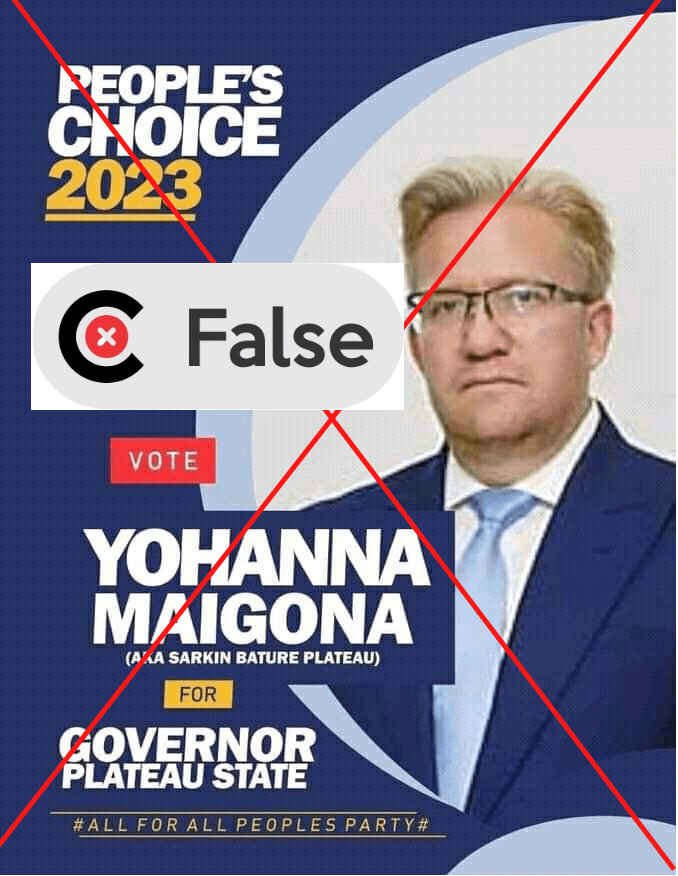 The fake poster in circulation.

THE POSTER of a Dutch national, Wiebe Boer, locally called Yohanna Maigona has surfaced online with a claim that he has declared his intention to contest the 2023 governorship election in Plateau State.

A Facebook page with the name Emeka Gift Official published the poster with a caption that reads:

“2023: Dutch Nigerian Declares Interest to Run for Plateau State Governorship.
“His real name is Wiebe Boer, he’s a Dutchman. Yohanna Maigona is his Hausa name. He was born in Jos and finished his secondary school in the city. He reportedly began speaking Hausa Language even before English.”

Findings by The FactCheckHub show that the image of the man in the poster is that of Wiebe Boer, Chief Executive Officer of All On, an off-grid energy investment company in Nigeria.

Boer was born and brought up in Jos, North Central Nigeria to Dutch missionary parents, reports say. His father and mother came to Taraba State, Nigeria, in 1966 as missionaries to spread the gospel and engage with the Nigerian church and leadership. He also authored a book: “A Story of Heroes and Epics: The History of Football in Nigeria.”

However, checks by The FactCheckHub show that the claim indicating that he has joined the Plateau governorship race is FALSE.

When contacted, most social media handles spreading ‘the news’ could not provide any source to where he made the declaration.

A keyword search on the internet also gave no result of where he made the declaration.

In a statement posted on his LinkedIn account on Monday, May 9, 2022, Boer debunked the viral news that he has joined the Plateau state governorship race.

“It has come to my attention that posters implying that I am running for Governor of Plateau State under the name of Yohanna Maigona have gone viral.  I am categorically stating that I have no intention of running for political office in Nigeria, and I am not eligible to do so.

“The only truth to the insinuation is that I was born in Jos and raised in Taraba and Plateau States to Dutch missionary parents and have spent the last 12 years living in Lagos and serving Nigeria and Nigerians in various capacities. I have always been a staunch believer in the potential of Nigeria and will continue to support the country’s development from the sidelines,” he wrote.

The claim that Wiebe Boer a.k.a. Yohanna Maigona has declared to contest in Plateau state governorship election is FALSE. 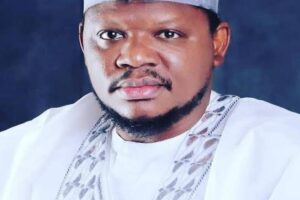