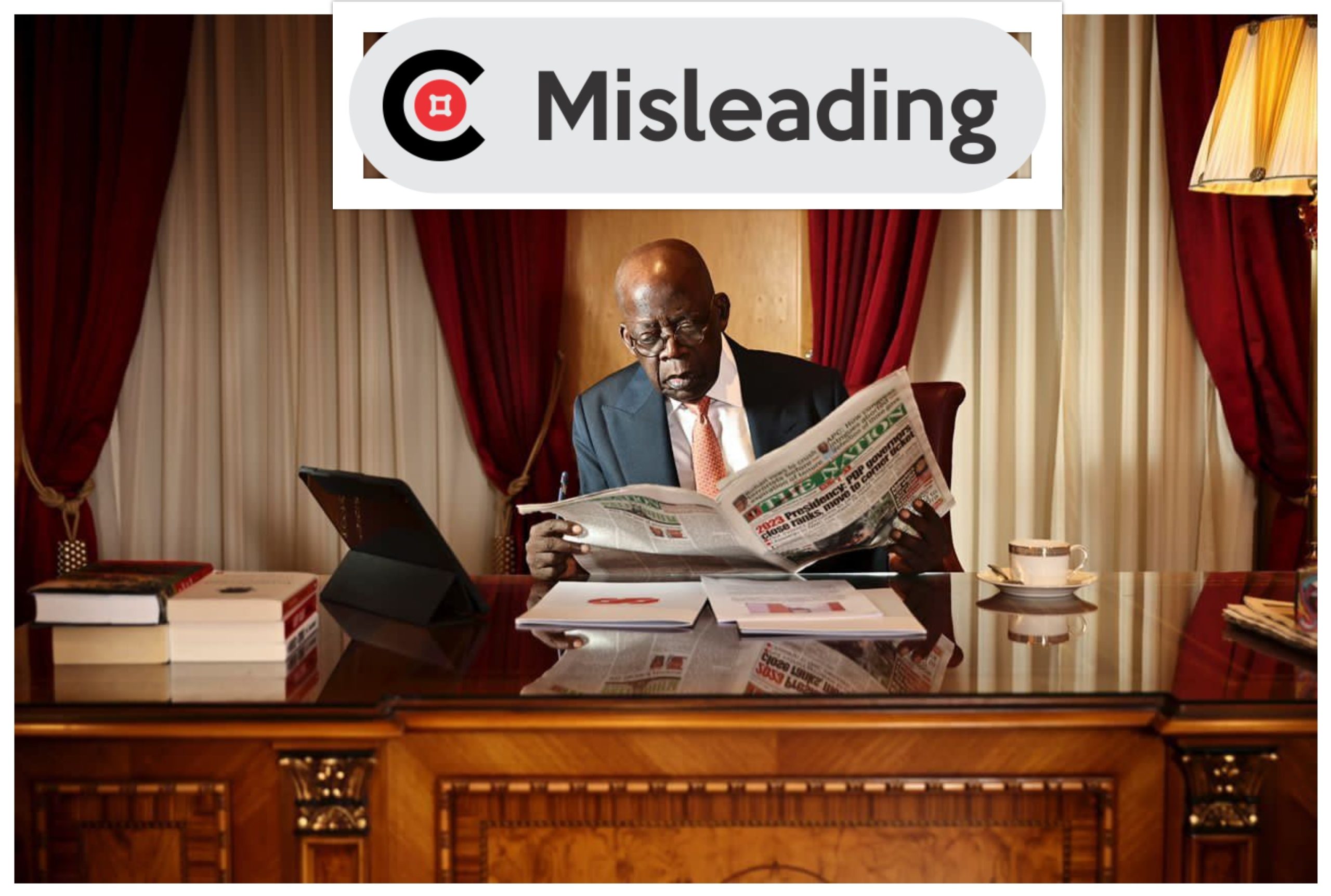 THE presidential candidate of the All Progressives Congress (APC), Bola Ahmed Tinubu, has shared a photo of himself holding a newspaper amid speculations that the former Lagos Governor was receiving medical attention in the United Kingdom.

Recall that following Tinubu‘s absence from several political functions in the country recently, he was rumoured to be sick and hospitalized in London.

However, the APC 2023 presidential candidate had earlier, in an effort to debunk the speculation, posted a video of himself having a workout session to show that he is hale and hearty via his official Twitter handle, @OfficialABAT. The FactCheckHub found out that one of the videos in circulation was an old video, which has been on the internet since 2013.

In the photo Tinubu posted on his verified Twitter handle on Thursday morning, he appeared in a suit and sat on a chair reading a copy of The Nation newspaper.

The caption on the image reads:

The same photo was also posted on his verified Instagram handle, @officialasiwajubat here and his official Facebook page here.

Similarly, it has over 11,000 likes on Instagram alongside over 1,300 comments as of early Friday.

Earlier on Thursday morning, his son, Seyi Tinubu, shared photos of Tinubu playing with his grandchildren. According to Seyi Tinubu, the pictures were taken last Sunday.

But, is the photo recent?

Findings by The FactCheckHub show that the photo is MISLEADING.

A closer look at the copy of the newspaper held by Tinubu in the photo shows that it is an old copy of The Nation Newspaper published on January 23, 2022.

For instance, the front-page headline: “2023 Presidency: PDP governors close ranks, move to corner ticket” seen on the newspaper being held by Tinubu was published by The Nation on its website on January 23, 2022.

Similarly, the headlines of Buhari’s vow to crush terrorists before expiration of his tenure (archived here) and that of Soot in Niger Delta (archived here) were also published by the newspaper on the same date.

The photo shared by Bola Ahmed Tinubu on October 6, 2022, on its verified Twitter handle is MISLEADING.