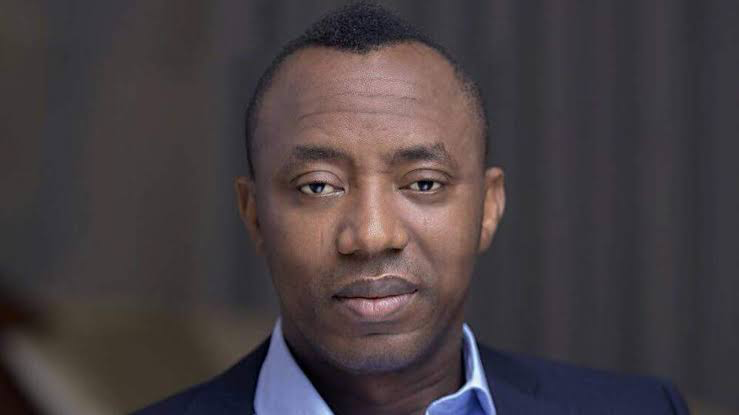 The presidential candidate of the African Action Congress, Omoyele Sowore, on Friday made several claims on the situation of the country and his plans for Nigerians if elected Nigeria’s president in the 2023 general elections.

He made the claims at the presidential town hall series titled ‘The Candidates,’ which was organised by Daria Media in partnership with News Central, and the Nigerian Television Authority (NTA), among others.

The town hall series features six presidential candidates ahead of the February 2023 presidential election alongside their running mates, starting from November 17 till November 23.

There were allegations that President Olusegun Obasanjo’s administration spent $16 billion on power projects. However, there are no publicly available official records that prove this. Some members of the Obasanjo administration have refuted the claim.

Also, a 2017 report on corruption in the power sector by the Socio-Economic Rights and Accountability Project (SERAP) records that Obasanjo’s administration spent $10 billion, not $16 billion on NIPP from the testimony of the former President’s Chief Economic Adviser, Taminu Yakubu, while testifying before the Senate probe committee.

Similarly, a breakdown published by the Vanguard shows that the Federal Government released a total sum of N374.65 billion or $2.9 billion to the Ministry of Power between 1999 to 2006 under Obasanjo’s regime.

According to the Vanguard, the breakdown was part of the report presented by the former Permanent Secretary, Ministry of Power, Godknows Igali, and the Managing Director, Niger Delta Power Holding Company, NDPHC, James Olotu, before a Senate Ad-hoc Committee probing the power sector from 1999 to 2015.

Sowore’s claim that Obasanjo’s government spent $16 bn on power is FALSE; as findings revealed that the figure is lower.

The federal government privatised the power sector in November 2013, with six power generation plants and 11 electricity distribution companies handed over to the private sector.

The Federal Government, however, retained control of the Transmission Company of Nigeria (TCN).

The sector was unbundled and partially privatised to establish a competitive market intended to improve management and efficiency, attract private investment, increase generation, and provide a reliable and cost-efficient power supply.

However, Daily Trust reported that the federal government spent N247 billion as an intervention fund for power sector in 2021 to mitigate the endless liquidity crisis affecting the industry and keep electricity generation and supply going.

Also, a report by the Premium Times quoted Vice President Yemi Osinbajo as saying that the federal government spent about N1.5 trillion as intervention funds for Nigeria’s power sector between 2017 and 2018.

Sowore’s claim that the federal government still funds the power sector is TRUE; as findings show that the Nigerian government spent billions of naira on the sector as intervention funds.

The former Nigerian Deputy Senate President Ike Ekweremadu and his wife are currently facing trial at a British court for allegedly bringing a child to the United Kingdom for organ harvesting.

Multiple reports, including from the Sky News and Vanguard, indicate that Ekweremadu has spent over 130 days in custody of the UK authorities over human trafficking charges. A recent report by BBC shows that his trial has been moved forward from May 2023 to January 2023 while he remains in police custody. Although in detention, Ekweremadu is not jailed (yet).

Sowore’s claim that Ekweremadu ‘is being jailed in London currently’ is MISLEADING, as findings revealed that Ekweremadu is still in detention and under police custody and not in jail, as he’s yet to be convicted.

Sowore also claimed that Korea and Senegal do not have ‘Senates’

A BBC report noted that the Senegalese MPs voted to abolish the Senate, in 2012, as part of moves to help the victims of floods. CBS news also reported that the Senegalese lawmakers dissolved the 100-seat Senate in the country to save money. Similarly, findings show that North Korea runs a unicameral national legislature.

Sowore’s claim that Korea and Senegal do not have ‘Senates’ is TRUE.