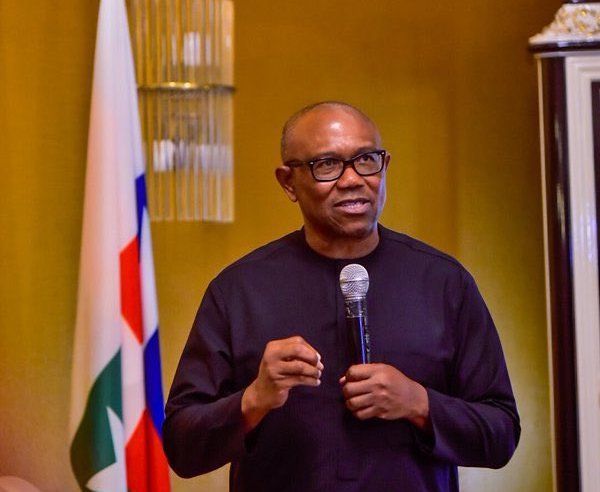 A viral video has surfaced online alongside a claim that the presidential candidate of the Labour Party, Peter Obi, said he pulled 439 million people out of poverty when he was the governor of Anambra State.

The video circulates on social media following Obi’s presentation at an interactive session organised by the Arewa Joint Committee in Kaduna on Monday, October 17, 2022.

A Twitter user, @AdeBashh tweeted the video (now deleted) with the caption that read:

“In his usual ways of making false claim and lying effortlessly. Peter Obi is here again claiming he pulled 439million people out of poverty.” Obidients, is this your new order?”

The tweet has generated over 100 retweets and more than 20,000 views as of Friday.

Another Twitter user, @DivinelyAided tweeted the video with another caption that read:

The tweet has garnered over a hundred retweets, over 14,000 views and more than 100 likes as of Friday.

“FACTCHECKED. I Pulled 439 Million Nigerians Out Of Po*verty   ~ Peter Obi.”

“FACT CHECK : Nigeria Has An Estimated Population Of 200 Million People.”

That Obi said he pulled 439 million people out of poverty in Anambra.

Further checks by The FactCheckHub revealed that the video has been manipulated. Where Obi mentioned “China” was removed and replaced with where he said “I” as seen in the doctored video.

In the full original video, Obi spoke about how the adoption of the Millenium Development Goals helped China to lift 439 million citizens out of poverty.

The claim that Obi said he lifted 439 million people out of poverty is FALSE; findings revealed that Obi was making a reference to China in the speech.