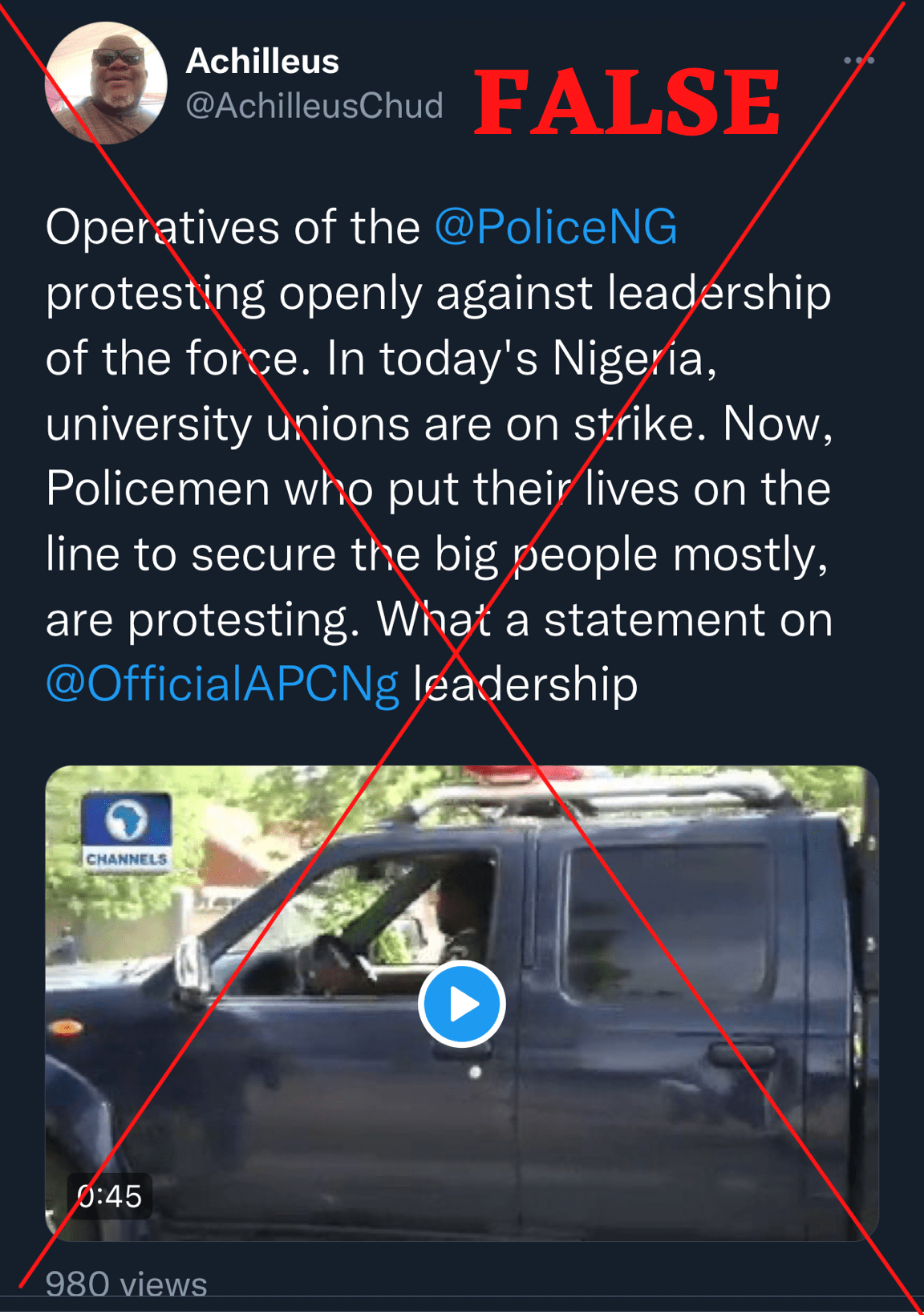 A video showing some officers of the Nigeria Police Force (NPF) protesting has resurfaced on social media with a claim that it shows a recent protest by the police operatives against the leadership of the organisation.

A Twitter user, Achilleus, with the handle @AchilleusChud tweeted the video on March 26, 2022 with a caption: “Operatives of the @PoliceNG protesting openly against leadership of the force. In today’s Nigeria, university unions are on strike. Now, Policemen who put their lives on the line to secure the big people mostly, are protesting. What a statement on @OfficialAPCNg leadership.”

In the 45-seconds video (now deleted), some police officers were seen blocking the street, firing gunshots and causing public commotion while expressing their grievances over the non-payment of their salaries and calling on the Nigerian government to intervene in the matter.

The video shows a protest by some operatives of the Nigeria Police Force in March 2022.

Checks by the FactCheckHub show that the claim is MISLEADING.

The full version of the video was uploaded by Channels TV on the 2nd of July, 2018, findings revealed.

According to the television station, the 95-seconds video shows some police officers in Borno State who stormed the streets of Maiduguri to express their grievances over unpaid allowances and poor welfare on Monday, 2nd of July, 2018.

It also reported that the police officers who were owed about 5 months’ salaries barricaded the state police command’s headquarters located on the Maiduguri-Kano expressway and demanded the sack of the then Inspector-General of Police, Ibrahim Kpotun Idris.

“The video above depicting mobile police officers protesting was an incident that occurred on 2nd July, 2018 in Maiduguri, Borno State. The public is hereby advised to kindly disregard the video and stop the spread of disinformation. The Nigeria Police remains a disciplined, committed and patriotic Police Force,” it reads.

The claim that the video shows some operatives of the Nigeria Police Force protesting in March 2022 is MISLEADING; as the video has been online since July 2018.