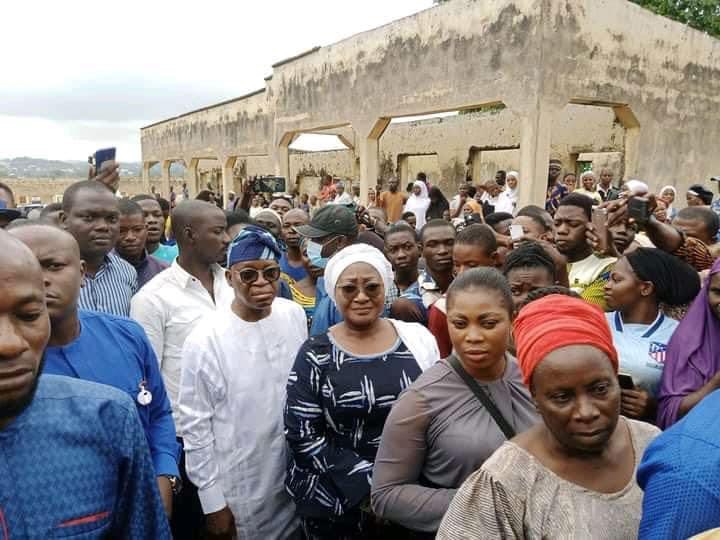 A PHOTO showing a building around the polling unit of the incumbent Governor of Osun State, Gboyega Oyetola has surfaced online with a claim that it shows a dilapidated school building in his hometown in Iragbiji, Osun State.

The photo posted on Facebook today is circulating as Oyetola, who is seeking re-election for a second tenure as the state governor, cast his vote at the Polling Unit 02, Ward 1, LA Primary School Popo, Iragbiji in Boripe Local Government Area of Osun State on Saturday, July 16, 2022.

A Facebook user, Ayobamitale Ibrahim Holly posted the photo with a caption that reads:

“One of the show of shame and darkness in Osun by APC/Oyetola, see dilapidated school building where he is voting, haaa….

Findings by The FactCheckHub show that the claim is TRUE.

The image was that of a primary school in Oyetola’s town, Iragbiji as claimed in the social media posts.

An observer with the Centre for Journalism Innovation and Development (CJID), Alawode Vindication, and a resident of the area, Taoheed Adegbite confirmed to The FactCheckHub that the building is a school, adding that it is in a dilapidated state.

“The school is still active. There are other good buildings in the school but this particular building is over 10 years already. It was a building built during the Oyinlola’s tenure and it’s no more in use,” Adegbite said.

The claim that the photo shows a dilapidated school building around Gboyega Oyetola’s polling unit in Osun State is TRUE. 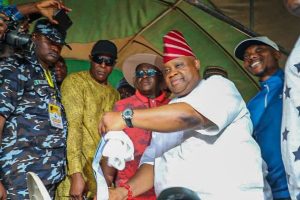