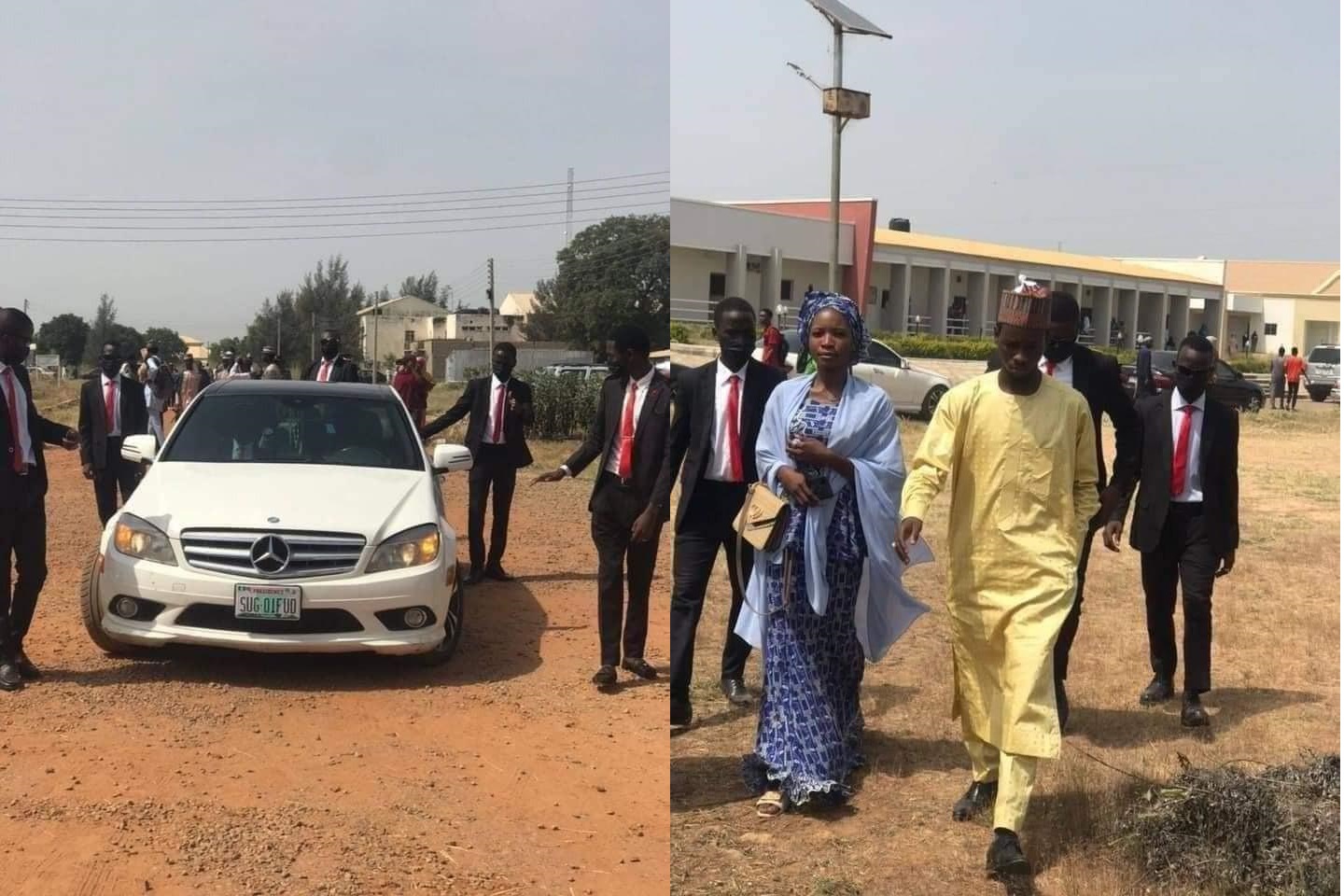 The images from Federal University Dutse in circulation. Photographer - unknown

MULTIPLE photos of some student union leaders of the Federal University Dutse (FUD) with ‘security detail’ have been widely circulated online in Nigeria.

The images which trended on Twitter and Facebook show the Students Union Government (SUG) president and vice president being escorted by other students dressed in black suits.

The FUD is located in Jigawa state.

A Twitter user Maazi Ogbonnaya Okoro with the user ID, @maazi-ogbonnaya tweeted the pictures with the caption that the president is on his way to class. He also alluded that this was possible because it happened in a part of the country.

A  human rights lawyer in Nigeria Inibehe Effiong, also shared the pictures on his Facebook and Twitter page.

What is the story?

The FactCheckHub  findings show that the photos were from  Federal University Dutse.

The SUG’s Public Relations Officer (PRO) Mohammed Nazif, in a telephone conversation with The FactCheckHub said, the man and a woman seen in some of the pictures are the SUG president, Muhammad Mukhtar and the SUG vice president, Zainab Ibrahim.

He also added that, the pictures were taken on November 2, 2021 when the university had its matriculation ceremony for new students.

Separate findings by The FactCheckHub confirmed the institution had its matriculation on November 2.

Nazif added that “The day also coincides with the day the students of Criminology and Security Studies (CSS) Department had their week.”

Some higher institutions in Nigeria usually pick a time to celebrate departmental week. This week is marked by series of events which could be academic-oriented, sports, entertainments and so on.

Nazif said the men in black accompanying the SUG  president’s car in one of the pictures and also seen in other pictures are students of the CSS department who in celebration of their week  and in line with their course acted as security for SUG officials for the day.

He clarified that “the car in one of the pictures and one other bus belongs to the SUG and not to the president.”

“The students of the CSS department as part of their study’s requirement usually act as security personnel for lecturers and SUG officials on few occasions and that’s what happened on the day the picture was taken,” Bello said.