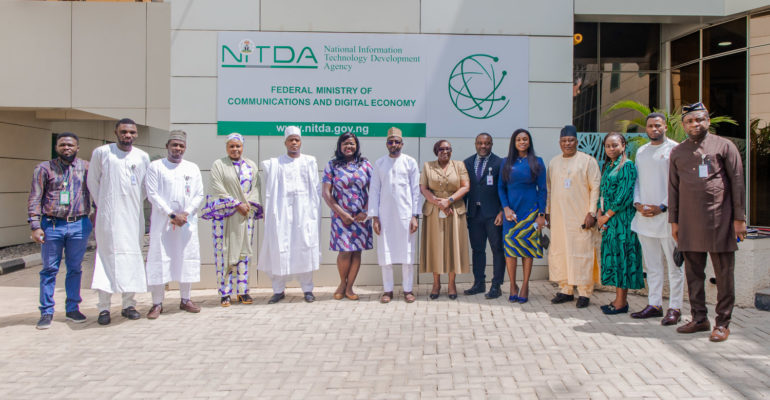 THE AMERICAN multinational technology conglomerate Meta Platforms Inc., formerly known as Facebook, Inc., has visited the head office of the National Information Technology Development Agency (NITDA) in Abuja to pledge its support in a bid to strengthen the fight against misinformation in Nigeria.

The Head of Public Policy (West Africa) Meta, Adaora Ikenze, during the meeting led by the NITDA Director-General and Chief Executive Officer, Kashifu Inuwa, described the agency as its principal regulator in Nigeria.

Ikenze added that Meta’s visit to the agency is the beginning of a more cooperative and collaborative relationship.

“We are fortunate enough to be one of the most supportive platforms in the country; we understand the importance and value that our platforms and products bring to the country; by that, we would like to have a more open collaborative relationship with our regulators,” she added.

Inuwa described the collaborative effort between NITDA and Meta as apt, given the continued circulation of fake news and misinformation on social media, which he said poses threat to the nation’s stability.

Inuwa applauded Facebook/Meta for being a leading partner in the fight against fake news, adding that the platform must ensure it checkmates the excesses of the perpetrators known to the public.

“How can we make it better to make sure that the menace of fake news is reduced to the barest minimum? Many people do not read their messages talk more of verifying their authenticity. Therefore, adopting a Simpler Verification Mechanism will reduce the spread of unsubstantiated news,” Inuwa said.

He also urged the platform to consider bringing its investment to Africa.

“We know Metaverse is coming and is coming big, and you are investing in Europe; what are you doing for Africa?” he enquired.

“We need to look at the laws in our country, what can we do to make sure whatever you are doing is following the rules and carrying our people along in building the Metaverse in the same way you are talking to the Europeans,” he added.

On Nigeria’s journey to the realisation of Digital Literacy by 2030, the NITDA boss said the target remains sacrosanct, adding that it is critical to President Muhammadu Buhari-led’s administration.

Inuwa, however, appealed for collaborative support from Meta.

“We cannot do it alone; we have an ambitious target where we need partners like you to achieve that. It would help if you equally had people that will consume your services, and they need to be digitally literate before they can access your services,” he noted.