A VIRAL post on Twitter claimed that Anambra State owes a combined debt of over N200 billion.

The claim was made by a Twitter user with the handle @NnamdiChife on January 10, 2021.

The handle currently has over 15,100 followers.

The tweet also stated that the former Anambra State Governor, Peter Obi, handed over N72 billlion in cash and $150 million in Anambra Generational Fund to his successor, Willie Obiano.

The tweet reads: “I am incredibly heartbroken.  Anambra State is owing a combined debt of over N200 billion!!! Peter Obi handed over this state to Obiano with N72 billion in cash and $150M in Anambra Generational Fund.  All frittered away, broken infrastructure, debt, and profligacy.”

CLAIM 1: Did Anambra State have a combined debt profile of over N200 billion?

Data shows that this claim is FALSE.

The FactCheckHub checked Nigeria’s Debt Management Office (DMO) website; the government agency in charge of collating the total debts owed by the Federal Government of Nigeria, as well as each state of the Federation.

CLAIM 2: Did Peter Obi hand over N72 billion in cash and $150 million in Generational Fund to Willie Obiano?

It would be recalled that Peter Obi handed over the leadership mantle of Anambra State to Willie Obiano on March 17, 2014.

While there is no publicly available data or document that shows that former Anambra State governor, Peter Obi  handed over N72 billion in cash and $150 million in Anambra Generational Fund to his successor, there have been several controversies surrounding the actual amount Peter Obi handed over to Willie Obiano.

For instance, in a report published here, Prof Solo Chukwulobelu, the Secretary to the Anambra State Government stated that the rumour that Peter Obi handed over N75 billion to Willie Obiano is far from the truth.

He said “The N75 billion was not there; it was not handed over to anybody. At best, it can be half-truth”.

Chukwulobelu stated that what Obiano’s administration inherited from Obi was N9 billion cash and N26 billion near cash.

In addition, in 2015, Willie Nwokoye, the Principal Secretary to Governor Obiano said the amount in question included quoted stocks, state counterpart fund, long term investments that are non-earning, refund from the federal government for road construction which was still an IOU, among others.

In the article titled: Dissecting The N75 Billion Handover Brouhaha In Anambra where he gave a breakdown of the items in the hand over note, Nwokoye  said “The nearest to cash in the foregoing is item 20, which is a USD 155 million investment in Eurobond and other foreign currency-denominated securities made by the previous administration (Peter Obi) at its twilight. In naira terms, this was worth N26.5 billion at handover.”

In response, Valentine Obienyem, the media aide to Peter Obi said that the former governor handed over N75 billion in cash and investment to his successor.

Why it is difficult to ascertain which of the two parties are right, it is easy to conclude that the claim is MOSTLY FALSE, as the amount in contention has always been N75 billion and not N72 billion as stated in the claim.

In addition, from the reactions of the two parties it can be surmised that the amount in question is made up of cash and long term investments, which the Obiano camp said they are mostly non-earning yet.

The claim that Anambra State has a combined debt profile of over N200 billion is FALSE.

The claim that Peter Obi handed over N72 billion in cash and $150 million in Generational Fund to Obiano is MOSTLY FALSE.

Did WHO say drinking palm oil can stop the spread of COVID-19? 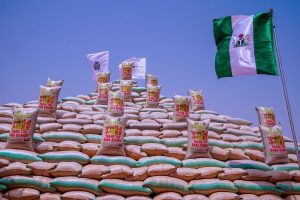 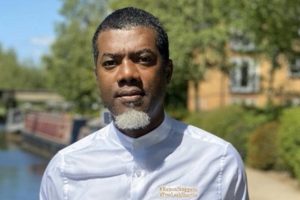