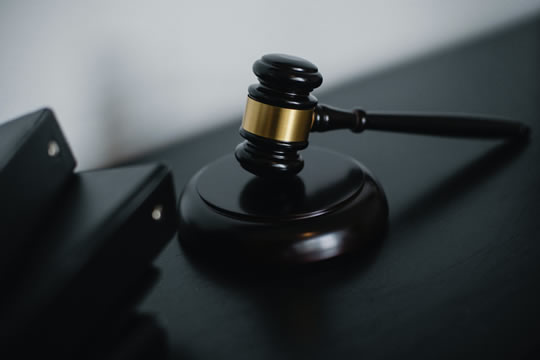 ON THURSDAY, July 29, 2021, social media was abuzz in Nigeria following a warrant of arrest  issued against a Deputy Commissioner of Nigerian Police Abba Kyari after his indictment in the ongoing fraud trial of Nigerian Ramon Olorunwa Abbas, known as Hushpuppi, in the United States.

The news published here, here and here stated the  warrant was issued on July 26 by Otis Wright, a judge in the United States District Court for the Central District of California.

Kyari was said to have been bribed by Hushpuppi to have Chibuzo Vincent, one of his associates, arrested and jailed in Nigeria following a dispute over a $1.1 million fraud of a Qatari businessperson.

Although, Kyari has denied the allegation on his Facebook Page but a Twitter user with username @Truthfully83 claimed that Kyari faces a charge that attracts 20 years in prison if found guilty.

The tweet partly reads: “Conspiracy to commit fraud in the United States, carries a statutory maximum sentence of 20 years in a federal prison. Sorry, Super cop Abba Kyari, you are about to embark on a long journey,” his tweet read.

Conspiracy to commit in U.S carries a statutory maximum sentence of 20 years.

It was noted in a 66-page charge sheet prepared by the U.S District Court seen by The FactCheckHub that  Kyari, Hushpuppi and four others are being charged with “Conspiracy to Commit Wire Fraud” and “Conspiracy to Engage in Money Laundering”.

“Accordingly, there is probable cause to believe that ABBAS, JUMA, CHIBUZO, KYARI, FASHOLA, and AGBABIAKA committed violations of 18 U.S.C. § 1349 (Conspiracy to Commit Wire Fraud) and 18 U.S.C. § 1956(h) (Conspiracy to Engage in Money Laundering),”  the charge sheet read in part.

What the United States law says

According to the 18 U.S.C. § 1349 of the US law, a person has committed a wired fraud when he or she uses “wired communications as part of a scheme to defraud involving a material deception with the intent to deprive another of money, property, or honest services.”

It also stated that conspiracy to commit wire fraud occurs when two or more people connive to defraud another person of money, property, or honest services and interstate wired communications are used in perpetrating the crime.

According to U.S. federal law, wired fraud is classified as a class C felony, which attracts up to twenty years in prison, three years of supervised release and $250,000 in fines.

It read “Under federal law, the crime of Wire Fraud is a Class C felony, punishable by up to twenty years in prison, three years of supervised release, and $250,000 in fines. Additionally, complete restitution will be ordered and any property obtained from the proceeds of the offense will be confiscated.”

On the order hand, the second charge against Kyari, Husspuppi and the four others, which is, conspiracy to engage in money laundering attracts a fine of $500,000 or twice the value of the property involved in the transaction or imprisonment of not more than twenty years or both.

The claim that the conspiracy to commit fraud  in the United States carries a statutory maximum sentence of 20 years is TRUE, it, however, also attracts up to three years of supervised release and $250,000 in fines.