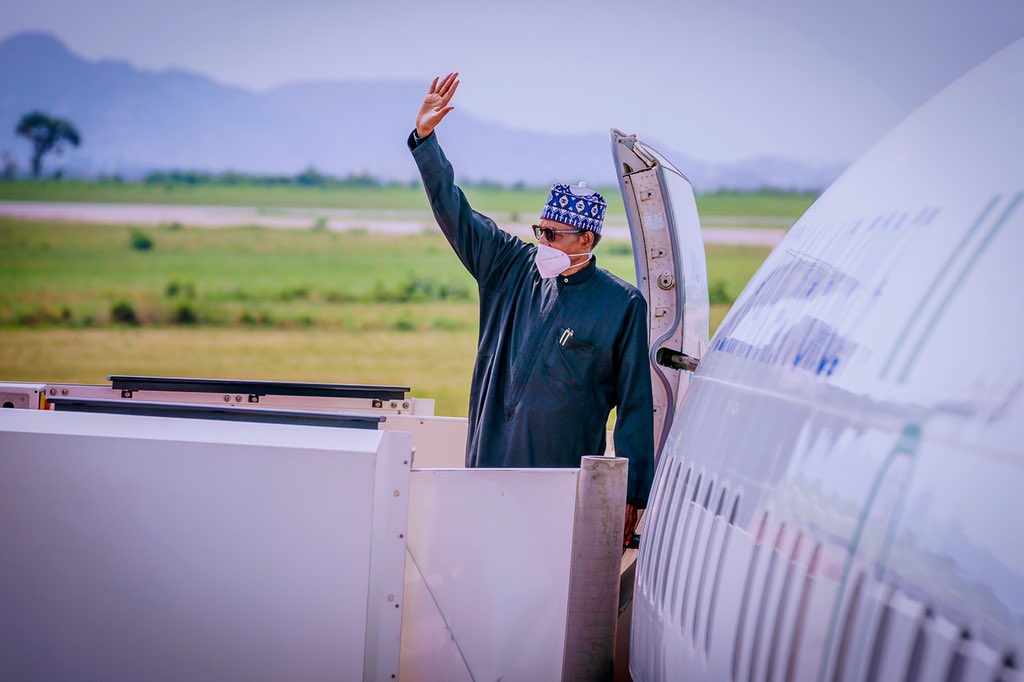 A tweet that has been shared over 500 times, claimed that Nigerian President Muhammadu Buhari travelled to France to attend a summit that was already postponed.

The claim was made by Adetutu Balogun with the handle @Tutsy22 which has over 261,000 followers.

The tweet was  posted alongside a screenshot of a news report which headline read ‘Africa-France summit postponed due to COVID-19 travel restrictions’.

The tweet read: The President of the Federal Republic of Nigeria @MBuhari travelled for a summit that has been postponed.”

The President of Nigeria Muhammadu Buhari travelled to France to attend a postponed summit.

The FactCheckHub findings revealed that the claim is FALSE.

President Muhammadu Buhari had on May 16, 2021  departed Abuja, Nigeria for Paris in France to participate in African Finance summit.

According to the Buhari’s Personal Assistant on new media Bashir Ahmad, the African Finance summit will be focused on reviewing African economy, following shocks from COVID-19 pandemic, and getting relief, especially from increased debt burden on countries.

President @MBuhari has departed Abuja for Paris, France ahead of the African Finance Summit which will be focused on reviewing African economy, following shocks from COVID-19 pandemic, and getting relief, especially from increased debt burden on countries. #PMBinParis pic.twitter.com/Th0nWWuclV

Ahmad had also on Sunday tweeted that the president had arrived France for the summit.

In addition, the France President Emmanuel Macron had on April 22, tweeted about meeting the African leaders on May 18 to discuss sustainable financing of African economies.

A report had also earlier stated that Buhari and some African leaders would be present at the summit in person while some other leaders and several other international organisations would be joining the summit by video conference.

A look at the news embedded in the claim Balogun made shows that the postponed summit is the ‘Africa-France summit’, which is totally different from the ‘African Finance summit’ the president travelled for.

While the summit Buhari travelled for is billed to commence on May 18, in Paris, France, the Africa-France summit, another summit entirely which was to be held in early July in Montpellier, southern France, has been pushed to early October because of travel constraints linked to the Covid-19.

The event, planned from 8 to 10 July, will now take place from 7 to 9 October 2021, the French presidency confirmed to AFP.

The FactCheckHub had earlier verified three claims made by Balogun of which two of them were found to be inaccurate.