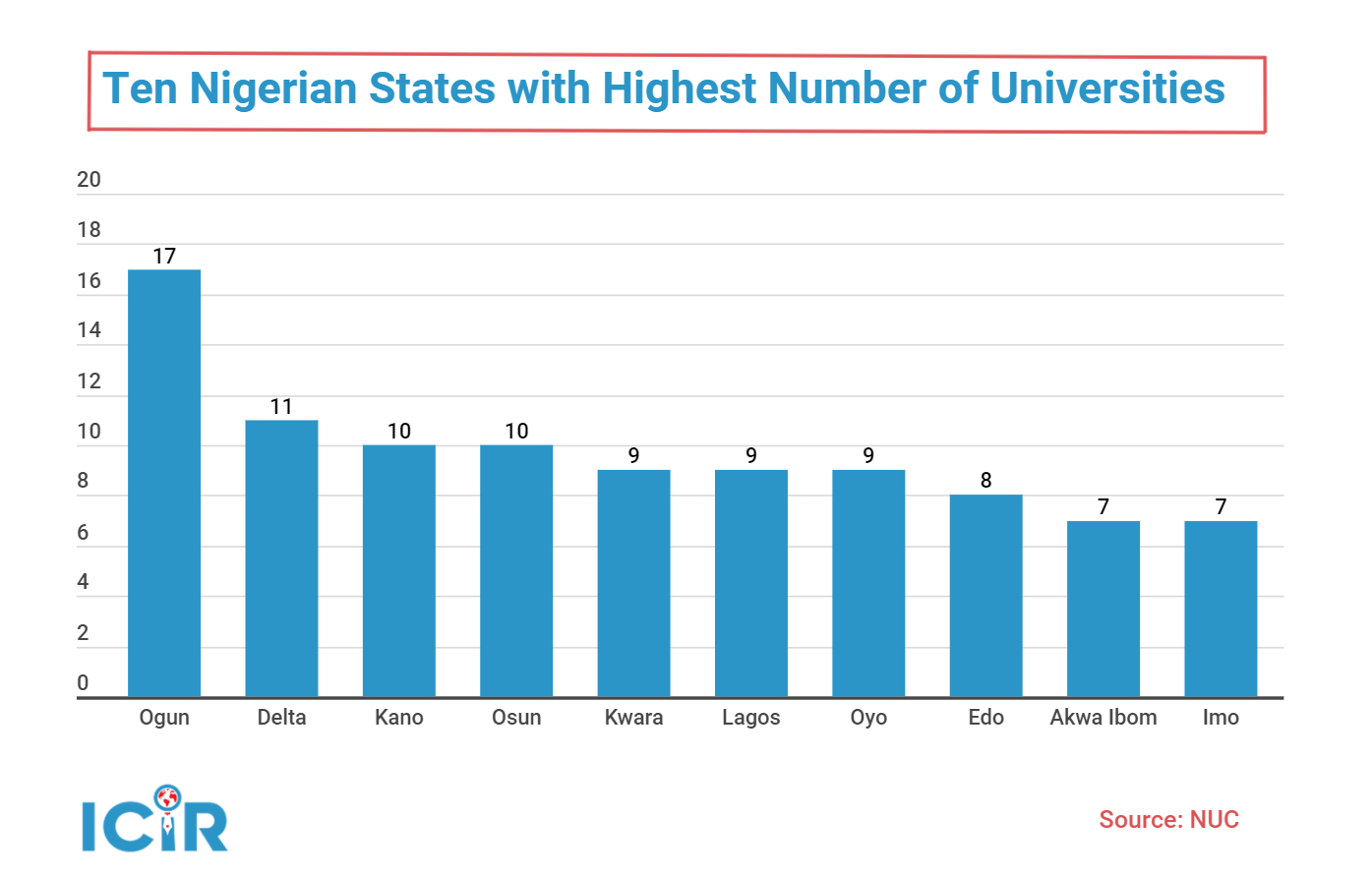 A TWITTER user, Katelynsade, with the user ID: @Dagreatdey4you on Wednesday, February 16, 2022, while canvassing support for the presidential ambition of former Imo State governor Rochas Okorocha, claimed that Imo State has the highest number of universities in Nigeria.

Her tweet, now deleted, which was archived here reads: “Today, Imo State is unarguably one if not the only State in Nigeria with the most number of university, Rochas passion for education cannot be overemphasized #RochasOkorocha2023.”

Imo State has the most number of universities in Nigeria.

Data obtained from the website of the National Universities Commission (NUC) revealed that Ogun State and not Imo State has the highest number of universities in the country.

The NUC is a parastatal under the Federal Ministry of Education (FME) with a mandate to grant approval for all academic programmes run in Nigerian universities. It also has the mandate to grant approval for the establishment of all higher educational institutions offering degree programmes in Nigerian universities, among others.