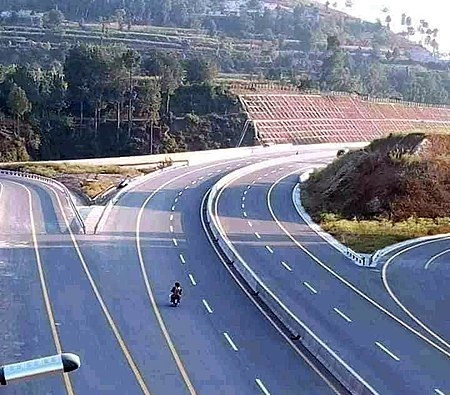 A TWITTER user on Friday August 13, 2021 shared a picture of a tarred road claiming it emanated from Kaduna State in Nigeria.

The Twitter user with the handle @Mamatee001 in a tweet archived here said the road was constructed  by Kaduna State governor Nasir El-Rufai.Kad

The tweet read “This is not Canada but Kaduna. A road constructed by that man u hate @elrufai he is not sharing kerosene neither Is he giving wheel barrow but building future. A leader who excel even when some evil are bent in destroying his government. A great Man to study like encyclopedia.”

Checks by The FactCheckHub show that the picture emanated from Pakistan and not Kaduna as claimed by the twitter user.

A Google reverse image search conducted by The FactCheckHub shows the image was on the internet before.

Similarly, a Google earth imagery search conducted by The FactCheckHub revealed that the picture is that of Hazara Motorway in Pakistan.

The road starts from Havelian and ends at Thakot.