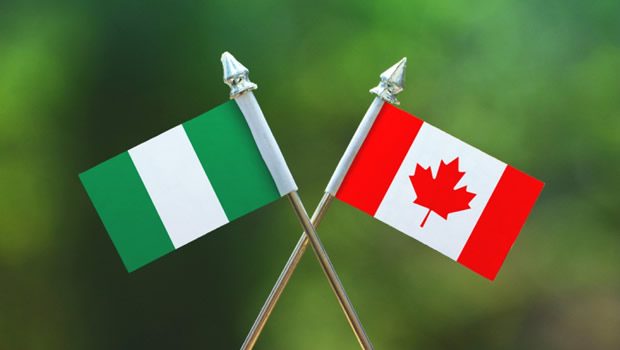 The claim, which was posted on a newly created Facebook page parading itself as that of the Nigerian High Commission in Ottawa, Canada listed the category of professionals the visa will cover.

The claim also stated that only 6,000 Nigerians will benefit from the e-Visa.

The page, which currently has 1,338 followers, posted the claim on December 7, attributing it to Adeyinka Asekun, the current Nigerian High Commissioner to Canada.

That Canada is giving 10 years e-Visa to Nigerian professionals.

Checks show that the claim is FALSE.

Findings by the FactCheckHub revealed that the Facebook page that posted the claim was created precisely on December 5, 2020 – few days before the post was made.

The page has already gotten more than a thousand followers in less than 10 days.

The FactCheckHub also reached out to Adeyinka Asekun, the Nigerian High Commissioner to Canada to confirm the authenticity of the page.

Azu Mozia, the Minister; Political & Consular Affair, who responded on behalf of the High Commissioner stated that the claim is false in its entirety.

Mozia, in an email to the FactCheckHub, stated that claim is not only bogus but the page is also fake.

“Please be informed that this faceless group of criminals has been circulating false information about an e-Visa agreement between Prime Minister Justin Trudeau and President Muhamadu Buhari, which allegedly took place during their meeting in February 2020 in Addis Ababa, Ethiopia.

“Yes, they indeed met but on the then issue of Canada’s candidature of the UN Security Council,” the email read in part.

Mozia also stated that the general public should disregard the claim in its entirety.

He added that “The High Commission is currently seized with efforts to reduce the rate of official refusal of Study Permits to potential Nigerian students by the Canadian government and to stop planned mass deportation of Nigerian asylum seekers.”