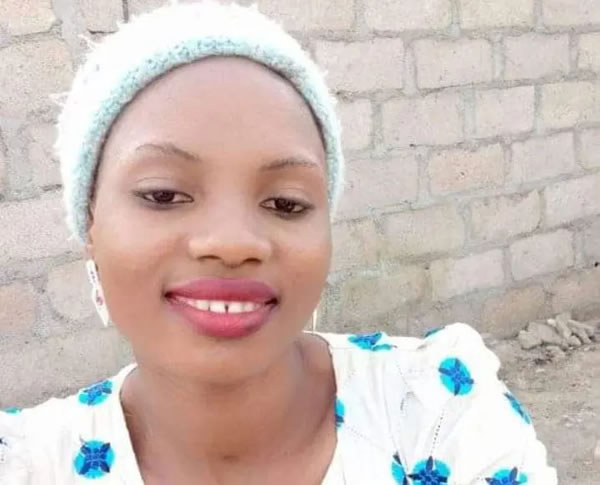 The late Deborah Samuel who was mobbed and murdered on May 12, 2022 for alleged blasphemy in Sokoto state.
Reading Time: 2 minutes

A NIGERIAN broadcast media, Television Continental (TVC), in a viral news video claimed that the ongoing strike by the Academic Staff Union of Universities (ASUU) in Nigeria has led to the killing of Deborah Samuel, a 200-level student of Shehu Shagari College of Education in Sokoto state.

The visual news report released by the TVC, which circulated on social media space in Nigeria, particularly on Twitter, and archived here and here, claimed that the students who were embittered by the ASUU strike went on a rampage, thereby leading to the death of the female student.

“The discontent of Nigerian students over the lingering ASUU strike is rising to new heights. In Sokoto, one student of the Shehu Shagari College of Education was killed as many embittered students protested what they called a hold on their lives. No official statement has been released by school authorities but the school has been shut down indefinitely to curtail escalation of the crisis as the school authority beefed up security personnel on the campus,” the transcription of the video read.

ASUU strike led to the death of Deborah Samuel in Sokoto state.

According to several media reports here, here, and here, the lady, identified as Deborah Samuel, a 200-level student of Shehu Shagari College of Education in Sokoto state was stoned and burnt to death by some youths for alleged blasphemy against the Prophet of Islam, Muhammed (SAW).

Although ASUU has been on strike for over 80 days, the strike action, which affected only students of Nigerian universities, is unconnected with the death of Deborah Samuel that occurred on May 12, 2022.

Similarly, TVC has reacted to the video where the claim was made.

The assignment editor at TVC News, Asuquo James, while speaking on the Journalist Hangout programme on the television, stated that it was a mix-up from the producer.

He also admitted that Deborah’s killing has nothing to do with the ASUU strike.

“What happened was that one of the producers thought it was one of those ASUU protests that were taking place in several states of the country,” he noted.

James said that the television station was not in any way trying to downplay or mislead the public, adding that the station has done follow-up reports on the Sokoto incident.

The claim that the ASUU strike led to the death of Deborah Samuel in Sokoto state is FALSE; several media reports show that she was mobbed and murdered over alleged blasphemous remarks.