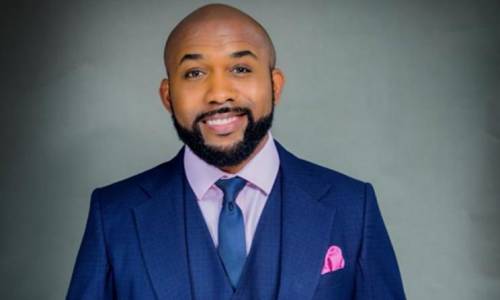 Banky W, a House of Representatives aspirant on the platform of the People’s Democratic Party (PDP) for the Eti-Osa federal constituency, Lagos was alleged to have lost out at the party’s primaries held at the weekend.

A Twitter user, Dare ChukwuEmeka Umar, with the username @MadeInIlly had on Monday, May 23, 2022 tweeted that Banky W losing out in the primary election is a bad sign for democracy.

Another Twitter user, Hamzat with the username @Hashegun01 also tweeted castigating those mocking him.

“We are saying more youths should contest for political posts, Banky W trying to be involved and you are laughing at him for losing the primary election. What is funny ????,” his tweet read.

As of 3 p.m. on Monday, Banky W was the number one trend on Twitter in Nigeria, with many people claiming that he had lost out of the primaries.

For instance, Daily Nigeria, while reporting the news claimed that Banky W faced backlash after losing the primary election.

“A popular music artist, Mr Olubankole Wellington, popularly known as BankyW, has faced backlash after losing his bid to contest for the House of Representatives seat to represent Eti Osa in Lagos State,” the news read in part.

Another online blog, OlisaTV, also claimed that Nigerians defend Banky W after he lost out at the primaries.

Did Banky W lose at the primaries?

Findings by The FactCheckHub show that the claim is FALSE as Banky W did not lose in the primary election.

Banky W had 28 votes to defeat his closest opponent who had three votes in the primaries held on Sunday, May 22, 2022.

“Banky W is contesting for the Eti-Osa Federal Constituency seat and had earlier said he would patiently wait for Peoples Democratic Party (PDP) primary election.

On November 10, 2018, Olubankole Wellington made his entry into the Nigerian political space and announced his intent to run for the Lagos’ Eti-Osa Federal Constituency seat in Nigeria’s House of Representatives.

He made the declaration to contest on the platform of the Modern Democratic Party, (MDP), a political party founded in 2017.

Wellington’s declaration speech was tagged, “Play Your Part,” with Hope 19 as his slogan.

On 23 February 2019, Wellington lost the Eti-Osa Federal Constituency Elections to Babajide Obanikoro of the ruling All Progressives Congress (APC).

In April 2022, Wellington joined the PDP to contest the House of Reps election again.

On May 23, 2022, he emerged as the PDP flagbearer for Eti-Osa Federal Constituency in the coming 2023 elections.