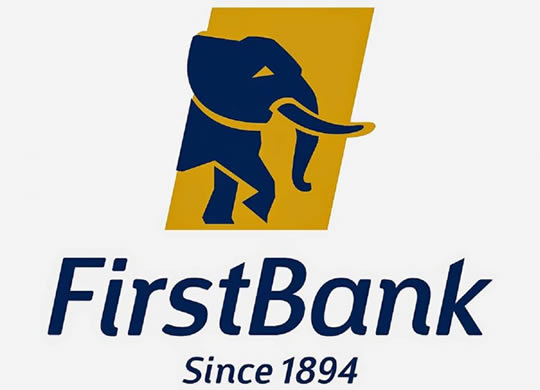 A Special Assistant on New Media to Nigeria’s Senate President Abubakar Usman on June 2, 2021 claimed that First Bank of Nigeria has closed all its “81” branches in the South East region of the country.

The findings by the FactCheckHub show that the claim is MISLEADING.

Usman with the username @MrAbuSidiq made the now-deleted post on his verified account at 9:41 AM on Wednesday.

He said “First Bank temporarily closes 81 of their branches in the south east.”

Usman alluded that the crisis in the region is responsible. He said “When you host a party in your living room, you have to be ready to clean up when those who came to enjoy have gone.”

Usman was not alone.  Multiple accounts also tweeted similar contents.  Like Twitter user Buhari Prodigal Daughter with the user name @johnnysleek posted “First Bank has taken the decision to close all 65 branches in South East, they can now have their Biafra.

For several hours  on June 2, “First Bank” trended in Nigeria with some comments drawing parallels with the North East region of the country, that despite the decade-long Boko Haram insurgency, banks did not close.

Usman, Johnny were alluding that the  closure is due to the current spate of unrest in the region.

In recent times, the region have been plagued with incessant clashes and attacks which have led to the death of security officials, civilians, and destruction of government infrastructure.

What prompted the misinformation on the closure?

The First Bank of Nigeria at the dawn of  May 31, 2021 announced the temporary shutdown of its branches in the South East region of the country.

In a now unavailable tweet, archived here the bank noted that the closure will be for “today” while listing the affected branches. Today here, being May 31 when the tweet was made.

The FactCheckHub observed the shutting down of the First Bank branches in the region could be connected to the sit-at-home order made by the proscribed Indigenous People of Biafra (IPOB).

The bank was not alone, as multiple shops were closed and residents stockpiled foodstuff  as a precautionary measure.

The sit-at-home order was meant as a remembrance day for the people who fought on the Biafran side during the Nigerian civil war.

On May 30, 1967, a Lt Colonel Chukwuemeka Odumegwu Ojukwu announced the separation of Biafra from Nigeria. The announcement signified the commencement of the civil war which lasted till 1970.

Overtime, May 30 has come to be an unofficial Biafra Remembrance Day by the people in the region.

Earlier on, the outlawed group, IPOB had on Tuesday, May 4, announced this year’s sit-at-home will hold on Monday, May 31 and not Sunday, May 30 as it earlier announced.

This change could be due to May 30 which falls on a Sunday and the predominantly Christian region would have been at home and the impact of the subtle powerplay would have been contentious.

Various news media platforms reported how activities were paralysed as a result of the sit-at-home order.

However, even though the tweet by the bank stated “today”, the graphics cards attached to the tweet with the lists of closed banks have “List of closed branches till further notice” as their headlines.

The use of the phrase which is contradictory with the tweet caption indicates that the situation will not change until another announcement is made.  This may have given credence to the misinformation that permeated the social media space and is also a plausible reason why the tweet from the bank is no longer available.

Meanwhile, the First Bank in a statement signed by its Media and Relations Officer, Modupe Orunmuyi and made available to the FactCheckHub stated that South East branches of the bank are fully opened.

“This is to inform the public that our South East branches are fully open for business. Please disregard any news making the rounds that is contrary to this,” her statement read.

Similarly, Charles Nwogu, a resident of Aba in Abia State, which is one of the affected states in the region told the FactCheckHub that although the First Bank in his area closed on May 31 but it is currently opened for business activities.

The FactCheckHub reached out to Usman and Johnny to find out why they posted a 48-hours old information as new; they are yet to respond.

The claim that owning to the recent spate of  crisis, the First Bank has closed it branches in South East region of Nigeria is MISLEADING.  This is because the bank closure was for a single day May 31, 2021 and they have already re-opened for business before individuals started sharing it as a new event. It was two days stale.