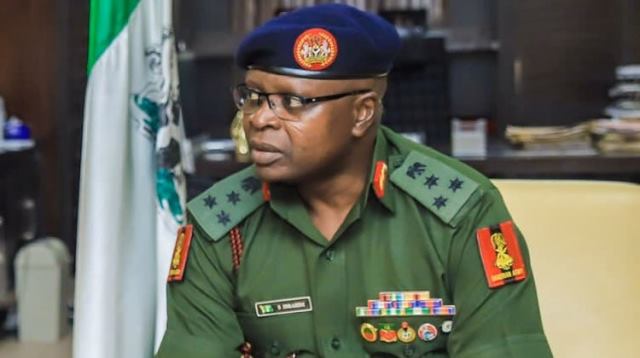 THE Director-General of National Youth Service Corps (NYSC), Brig. Gen. Shuaibu Ibrahim on Friday says the Corps has been at the forefront of  total compliance with the provisions of the Freedom of Information Act (FOIA), but the statement is false.

He disclosed this on Friday during the opening ceremony of the NYSC Freedom of Information Desk Officers’ workshop held in Abuja.

“You will recall that since the enactment of the Freedom of Information Act (FOIA) in 2011, NYSC has been at the forefront of ensuring total compliance with the provisions of the Act,” says Ibrahim.

“I, therefore, charge you to continue on this positive stead by ensuring effective record management, effective liaison as well as prompt response to enquiries in your respective secretariats.”

The event was put together for the 37 FOI desk officers of the public institutions nationwide, including the Federal Capital Territory (FCT).

The DG  described the recruitments, training and mentoring of the FOIA corps as laudable.

However, an annual survey of FOIA compliance conducted by an independent Non-Governmental Organisation (NGO), Public Private Development Centre (PPDC) has shown the DG’s claim to be false.

Since 2015 till 2018, the PPDC annual FOI ranking revealed that NYSC has not been complying with the FOIA requests, let alone lead the compliance ranking.

There was no time since the enactment of the law that the NYSC led on the compliance table.

NYSC in fact is among other several government Ministries, Departments and Agencies (MDAs)  notorious for ignoring FOIA requests.

The FOIA was enacted in 2011 as part of measures to promote transparency and accountability in government institutions whereby the public is legally permitted to request and receive public information of interest.

The ICIR severally reported how agencies of government under President Muhammadu Buhari disregarded FOIA requests during his first term in office.

Did INEC receive money for servers to store electoral data?