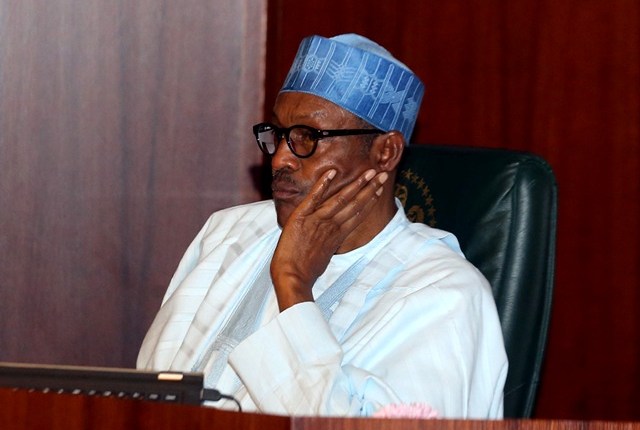 MUHAMMADU Buhari, Nigeria’s President, loves to repeat a claim about oil prices averaging $100 from 1999 to 2014. This claim has been fact-checked and debunked but Buhari cannot stop his obsession with this disinformation.

On Tuesday when he received members of the Buhari Support Organisations (BSO) led by Hameed Ali, the Comptroller-General of Customs, at the Presidential Villa, Buhari repeated the claim and challenged everyone to verify it.

In his 2017 Independence Day speech, Buhari said: “we should remind ourselves of the recent journey from 1999-2015 when our country happily returned to democratic rule. However, in spite of oil prices being an average of $100 per barrel and about 2.1 million barrels a day, that great piece of luck was squandered and the country’s social and physical infrastructure neglected.”

In November 2016 at the presentation of report on poverty reduction by Course 38 of National Institute for Policy and Strategic Studies, NIPSS, Kuru, Plateau State in the Presidential Villa, Buhari made the same claim.

He said then: “gentlemen, I have to digress now. For 16 years and eight consecutive governments of the other party, you know that there was unprecedented revenue realized. The oil projection which can be verified was 2.1 million barrels per day. 1999-2015, the average cost of each Nigerian barrel of oil was $100 per barrel. When we came it fell to less than $30 per barrel and is now oscillating between 40 and 50.”

In July 2015 when Buhari received Niger Delta Dialogue and Contact group led by King Alfred Diete-Spiff, he made the same misleading statement.

“He then talked about the impact of the collapse of the oil prices, which averaged about 100 US Dollars from 1999 to 2015, saying that its fall to about 30 Dollars a barrel some weeks ago was shocking. ‘I would have been in coma if not for the fact that I was in Oil (sector as a past minister) for three years,’” Garba Shehu, his Senior Special Assistant on Media and Publicity wrote.

The Organization of Petroleum Exporting Countries (OPEC) which Nigeria is a member keeps a record of oil prices.  In its Basket Price, OPEC publishes the weekly, monthly, quarterly and yearly averages of oil prices based on daily quotations.

CONCLUSION: The average price of crude oil per barrel from 1999 to 2015 was $61, not $100 as Buhari has repeatedly claimed since he became president.

Is Nwokolo, Lagos DSP with impressive qualification, whom he claims to be?