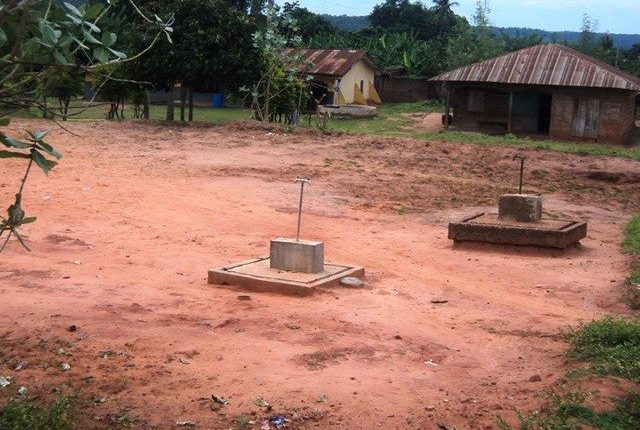 President Muhammadu Buhari has again listed as one of his achievements the N2.5 billion Northern Ishan Regional Water Supply project in Edo State, a project that is yet to be completed.

The project was  No.3 on the list of eight projects captured in the Next Level Campaign Manual of the president for the 2019 election.

Earlier, while marking his third anniversary in office on May 29, the president also list the uncompleted water project as his achievement in office.

The ICIR reported in July 2018 that the project was not completed despite the claim by the Presidency in the Fact Sheet published two months before the ICIR report.

It’s not only the current administration that has claimed credit for this uncompleted project. President Buhari’s predecessor, Goodluck Jonathan’s administration also listed the project as completed.

The project is still hampered by issues of reticulation, delayed construction of road to the river and compensation to land owners.

Northern Ishan Water Supply Project was awarded in 2005 by former President Olusegun Obasanjo to provide water to Ugboha, Uromi and environs.  It was awarded to Chinese construction company, CGC, at the sum of N2.2billion, but the figure was jerked up to N2.4billion in 2009.

Work stopped at the site, four years after work commenced on the project.

In 2014, Friday Itulah, a member of House of Representatives representing Esan South-East/Esan North-East Federal Constituency moved a motion for the completion of the project.

Itulah, also a former Speaker of Edo State House of Assembly said insufficient water reticulation in the community hosting the water in-take plant led the Federal Ministry of Water Resources to appropriate in 2012 the sum of NI70 million which he said was not released for the project.

The sum, Itulah told the House then was to be released through Owena River Basin Development Authority to DADIM Integrated Concepts Limited for the reticulation.

According to him, another N130 million was to be released for outstanding payment, compensation and revitalisation of equipment by the Ministry to the main contractor- CGC, which he said was also not released.

In all, a total of N300 million delayed the completion of the project in 2014 and Itulah suggested for its inclusion in the 2015 fiscal year Appropriation Act.

In essence, what delayed the completion and commissioning of the project were outstanding payment, compensation and revatilisation of equipment by the Ministry to the main contractor- CGC.

But in 2018, four years after he moved the motion for the completion of the project, it has remained uncompleted −the water reticulation is still not done.

Essentially, reticulation of water at the host community of the project—Ugboha was a major bone of contention. Out of the 70 tap heads contained in the bill of quantity for the community, only half of it was provided. The six tap heads that are the closest to the dam at Egwuare Ugboha are not even working.

The Ugboha Progress Union (UPU), an interest group that was fronting for the payment of compensation to owners of land taken over by the government for the construction of water supply project and water reticulation said the government failed to pay the sum of N3,808 million calculated as compensation.

Twice listed for commissioning but not completed

In 2011 and 2012 under former President Goodluck Jonathan, the Northern Ishan Water Supply Project  was listed  as completed and ready for commissioning − but attempts by that administration  to commission it was rebuffed by the people of the community on the issue of water reticulation and compensation for damaged farm and properties.

Former Minister of Water Resources, Sarah Ochepke, under Jonathan in her mid -term report (2011-2013) listed the water supply project among others as completed and ready for completion.

In the report, Ochekpe said the water project gulped N2.497 billion had created 120 jobs and would serve 150,000 people.

Also, Obadiah Ando, her predecessor, in his Roadmap for Water Sector, 2011 listed the project as completed and ready for commissioning.

Former Vice President Namadi Sambo in 2012 was expected to commission the project, but a protest by the host community over the insufficient water reticulation and compensation to landowners and farmers, whose properties and economic trees were affected, led to the postponement of commissioning.

An uncompleted project, yet commissioned

To take credit for the work not done, the water project was commissioned despite protest by the host community that it was not completed, the residents said.

The project, he said, was one of the 116 abandoned or uncompleted projects the Buhari administration inherited.

He said his Ministry conducted a technical audit and prioritized the hitherto uncompleted or abandoned 116 major projects inherited.

And despite unresolved issues on water reticulation, bad road to the dam, unpaid compensation, the Minister of Information and Culture, Lai Mohammed, on May 23, 2018 in the company of Minister of Water Resources, Adamu, and other officials of Federal Ministry of Water Resources and those from Edo State Government headed for Ugboha to commission the project −but it was a mission impossible − they were  chased away by angry mob at the community who set up fire and barricaded Ugboha main junction in protest against the shoddy job done.

The angry mob, majorly youths from Ugboha made the commissioning impossible even with the presence of heavily armed security operatives that accompanied the Ministers and their entourage.

Adamu was quoted as saying that the government was satisfied with the quality of the job done.

“We have finished our intervention programme and we are here today to hand over the project to the Edo State Government led by Governor Godwin Obaseki,”Adamu said while handing over the project documents to the Governor.

The Commissioner for Energy and Water Resources, Yekini Idiaye, confirmed to The ICIR that the project was not completed.

Also during a meeting in June, a month after the ‘symbolic commissioning’ of the project in Benin City, during a meeting between the state government and leaders of Ugboha community, the Commissioner said steps were being taken to address the grievance of the people of Ugboha with regard to the reticulation of the water project in Ugboha, as deadline for completion has been set for December 2018.

Has President Muhammadu Buhari died and been replaced by an impostor?