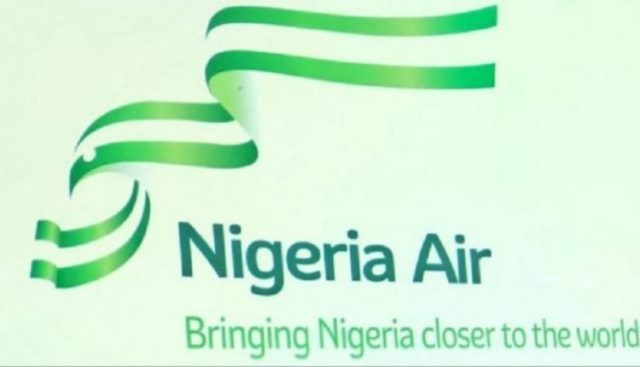 FOR many reasons, a vote of no confidence has been passed by many on the recently released Nigeria Air logo — as the entire flag carrier project. Many have said it is below quality. Some say it lacks originality, as the ribbon symbolism has been overused in the past.

The federal government has also been severely criticised since indications emerged that the logo contract was awarded to  a Bahraini company, From 6, despite the abundance of similar service providers in the country. There is also a claim that the contract was worth $600,000 (N183 million).

The ICIR examines available evidence around these claims.

From 6 Communications, a branding and advertising agency co-founded by Pennie Nixon and Steve Doleman, has indeed confirmed it designed the Nigeria Air logo.

It made a video post on its Facebook page on Wednesday, the same day the carrier name and logo was unveiled in London by Hadi Sirika, Minister of State for Aviation, to showcase their “most recent airline branding project”.

The post was however pulled down and replaced with a similar announcement on Friday, in which the company revealed the branding project was carried out in conjunction with “Nigerian marketing agency Image & Time and Airline Management Group (AMG), Transaction Advisors for the new National Flag Carrier”. The same post was released through From 6’s LinkedIn page.

Image & Time is a corporate branding and communication company with offices in Lagos and London, and Airline Management Group is a UK-based company that assists in developing and implementing complex airline and aviation industry projects.

Air Management Group was hired by the federal government in February, after Lufthansa Consulting was dropped, to provide transaction advisory services for the establishment of a national carrier.

A check of the Corporate Affairs Commission (CAC) company portal revealed that neither From 6 Communications nor Image & Time are incorporated with the commission.

The ICIR could not independently verify the amount utilised for the branding project. The Minister of State for Aviation could not be reached as a call placed to his line did not go through.

In May, 2017, the federal government signed and released an Executive Order On Support for Local
Content in Public Procurement. This law generally provides that “all Ministries, Departments and Agencies (MDAs) of the FGN shall grant preference to local manufacturers of goods and service providers in their procurement of goods and services.”

Item 4 of the instrument further states that Information and Communication  Technology (ICT) shall be given preference and at least 40 percent of the procurement expenditure on it in all MDAs shall be locally manufactured goods or acquired through local service providers.

However, the government has evidently not adhered strictly to this declaration.

While it is true the branding of the proposed flag carrier, Nigeria Air, was done by a foreign company, there is no evidence to suggest $600,000 was expended by government on the said contract.

FACT CHECK: Was Buhari arrested in UK by INTERPOL to answer allegations of war crimes?