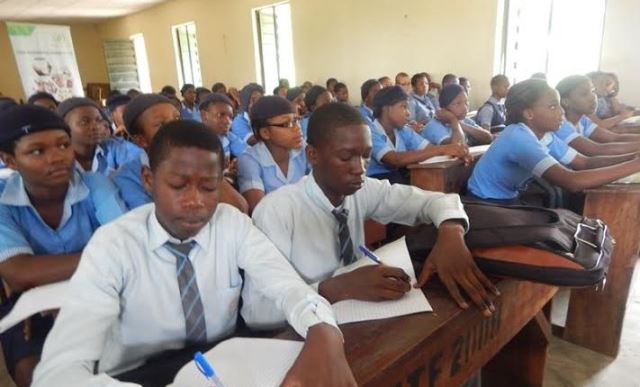 Roughly one month ago, the Christian Association of Nigeria (CAN) said one of the reasons the revised curriculum of primary and secondary schools cannot stand is that it contains satanic topics, such as ‘Is Jesus the son of God?’

While condemning the new curriculum, developed by the Nigerian Educational Research and Development Council (NERDC) and already in effect since January 2015, Samson Ayokunle, President of CAN, had said: “If the new curriculum is treating the two religious subjects separately as being claimed, why do we have a satanic topic in the Civic Education like ‘IS JESUS THE SON OF GOD?’”

He described the merging of CRS and IRS as themes under one umbrella topic of ‘Religious and National Values (RNV) as an “obnoxious, divisive and ungodly time bomb”.

However, the ICIR has obtained the RNV syllabus from one of the secondary schools in the Federal Capital Territory (FCT), and after carefully studying it, it could not find any trace of such topic.

It was also discovered that students are not compelled to offer both CRS and IRS, as claimed by both Christian and Islamic leaders.

RNV is made up of the following: CRS/IRS, Social Studies, Civic Education and Security Education.

According to the curriculum, the aims and objectives of the subject are, among others, to: “inculcate the spiritual, moral, social, political and intellectual role of Muslims.

“Assess the students’ acquisition of knowledge in practical application of Islamic teachings in daily life.

The subject consists of Papers 1 and 2; Paper 1 being CRS or IRS.

Both CRS and IRS have a total of 60 marks and they are divided thus:

Topics under CRS are distributed thus:

Each topic has different contents but the question: “Is Jesus the Son of God?” did not feature anywhere in the curriculum.

Topics under IRS are distributed thus:

There are also contents under each topic.

Again, contrary to claims by some people that CRS and IRS are combined in the same RNV textbook, the syllabus, as seen by the ICIR clearly recommended separate textbooks by different publishers for CRS .

There was no column for recommended text books for IRS.

ANYTHING WRONG WITH THIS SYLLABUS

Leaders of the two major religions in the country have all called for the unbundling of the CRS and IRS under one parent subject called RNV. They want the subjects returned as distinct and separate courses, just the way they had been over the years.

On July 11, the House of Representatives gave them their wish, passing a resolution directing the Ministry of Education to revert to status quo and remove both CRS and IRS from the RNV.

“The new curriculum is in conflict with certain provisions of the Nigerian constitution,” it said.

“Section 10 of the constitution of the federal republic of Nigeria, 1999 makes Nigeria a secular state and therefore religion should be separated from national values.”

Why You Should Read Every Day