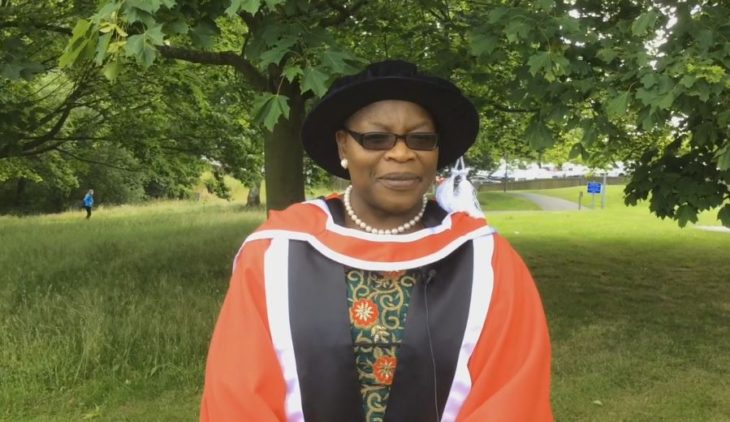 OBY Ezekwesili, the presidential candidate of the Allied Congress Party of Nigeria (ACPN) says that from the year 2000 till date, Nigeria has never reduced the number of out-of-school children except the period she was the minister of education between 2006 and 2007.

The former vice president for the World Bank’s Africa region added that in the 10 months that she was the minister of education, the number of out-of-school children reduced by nearly 500,000.

“In just 10 months, we dropped the number by almost half a million, but the moment I left the ministry of education in 2007, the number immediately jacked up by almost two million. And it has never dropped again since then,” she wrote.

Ezekwesili, who was the minister of education between June 2006 and April 2007 during the administration of former President Olusegun Obasanjo, made these claims on Twitter on Tuesday.

Based on the data from the UNESCO Institute for Statistics, it is true that Nigeria recorded the highest reduction in the percentage of out-of-school children in 2007 but it is false that it was the only time the country did so since the year 2000 as Ezekwesili claimed.

UNESCO Institute for Statistics is the official data agency of the United Nations Educational, Scientific and Cultural Organisation (UNESCO).

According to UNESCO Institute of Statistics, “children out of school are the percentage of primary-school-age children who are not enrolled in primary or secondary school. Children in the official primary age group that are in pre-primary education should be considered out of school.”

Which records were Ezekwesili referring to?

The same request was tweeted at her, as she is very active on Twitter. She is yet to reply the tweet.

On October 4, at the Northern Nigerian Traditional Rulers Conference on out-of-school children pre-conference in Abuja, Bello Kaigara, director of social mobilisation in the Universal Basic Education Commission (UBEC) claimed that the number of out-of-school children had risen from the usually quoted figure of 10.5 million to 13.2 million.

The ICIR fact-checked this claim by UBEC and found that the director based his claim on a non-existent data source.  His claim was based on Nigeria Demographic Health Survey (NDHS 2015) but there was never such a thing as NDHS 2015. The last NDHS was published in 2013. The survey is usually conducted at five years interval. Again, previous NDHS did not collect data on out-of-school children.

The figure of 10.5 million out-of-school children had been the most popular since the Unicef, the UN children’s agency, made the suggestion.

Unicef, however, told Africa Check that the number came from UNESCO’s Institute for Statistics database, using 2010 data. UNESCO said that it had based the 2010 figure on enrollment statistics from Nigeria’s education ministry. The age distribution was then estimated using data from a 2011 survey by the National Bureau of Statistics (NBS).

UNESCO later revised the 10.5 million to 8.7 million out-of-school children in 2014, because the UN Population Division had produced new population estimates for that year, UNESCO explained to Africa Check.

Moreover, the 2016/2017 Multiple Indicator Cluster Survey (MICS), the fifth of its kind in Nigeria, indicates that 27.2 per cent of 33, 647 sampled children were not attending any of preschool, primary and secondary school.

Ezekwesili’s claim is inaccurate. She wrote that “from the year 2000 till today – that is a period of 18 years – the only time that the number of out-of-school children in this country reduced was when I was education minister”. Available official records do not support her claim.

The percentage of out-of-school children kept decreasing from 1999 to 2007, according to data from the UNESCO Institute for Statistics. Ezekwesili was the minister education between June 2006 and April 2007.