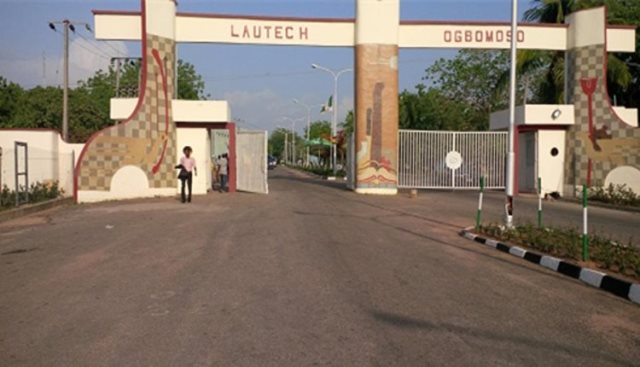 THE claim about the reduction in tuition fee of the Ladoke Akintola University of Technology (LAUTECH) has been made by two popular social media users, both on Facebook and Twitter.

It described that as what “a governor should be”.

The group which itself has 62, 379 followers, at the time of writing, made the post more prominent as not less than 1,500 people shared it, while it received more than 1,200 likes.

Most of the comments on the group show that quite a number of people have believed in the information as some people commended the governor for the job done.

Earlier on September 6, a similar claim was made on Twitter.

Oladele Dada who posted the information was funded by United Nations Education Scientific and Cultural Organization (UNESCO) to study Media and Information Literacy and Intercultural Dialogue course at the Athabasca University, Canada which he completed in 2015.

He had a total follower of 6,369 people as at the time of writing this report.

But checks by The ICIR revealed that the tuition fee of the University was not reduced to N65, 000. In fact, the institution fee has not been reviewed in 2019.

It is not from us — Media Aide to Governor Makinde

Chief Press Secretary to Makinde, Taiwo Adisa, told The ICIR that the Oyo State Government has no capacity to unilaterally reduce the tuition fee of the institution.

“The school belongs to two states. How can one of them now announce that it has cut the school fees when there are two owners,”  he said.

“It is not from us,” Adisa disassociated the state government from the post.

LAUTECH is jointly owned by Oyo  and Osun states.

Makinde had only recently said on September 5 that Oyo  State Government was ready to pay the Osun State’s share of the salary for the university staff.

“We’ve signed for workers’ payments but since it’s owned by both Osun and Oyo states, unfortunately, Osun State has not paid. This can not continue.

“Oyo State will have to pay the salary of LAUTECH (Osun’s share) because I don’t want the students to suffer,” Makinde had said.

No directive to review the tuition fees- LAUTECH spokesperson

Fadeyi Lekan, spokesperson of the institution, said the school has not received any directive to the effect of reviewing of the tuition fees in 2019. He added that the last time it was reviewed was 2018.

“We have not received such a directive,” said Lekan.

According to Agboola Sodeeq, a 200 level student in the Department of Electronic and Electrical Engineering in LAUTECH, the tuition fee of the school ranges from N90,000 to N170,000.

He said the school has not made any statement regarding any reduction of the tuition fees. Sodeeq said the last time the fee was reviewed was in 2018.

He noted that the tuition fee for the indigenes of both Osun and Oyo states is different from the one non-indigenes pay.

Thus, the claim that the governor of Oyo State has reduced the tuition fee of Ladoke Akintola University of Technology (LAUTECH) is false.