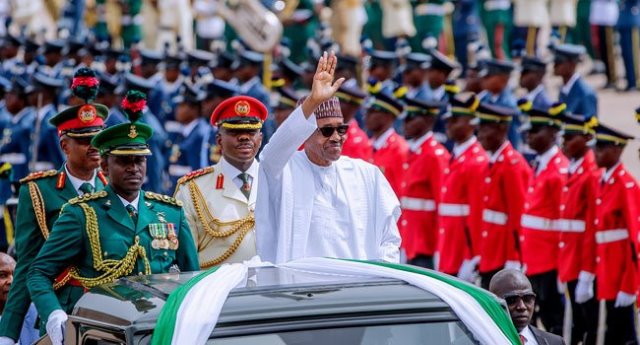 DELIVERING the customary annual speech on the occasion of Nigeria’s Democracy Day celebration on Wednesday, President Muhammadu Buhari said the country’s Gross Domestic Product (GDP) is expected to grow by 2.7 per cent in 2019. This projection has, however, been found to conflict with various other sources.

“We now have witnessed eight quarters of positive growth in the economy and our GDP is expected to grow by 2.7 percent this year,” Buhari said.

While it is true that Nigeria has witnessed positive economic growth for eight quarters, since it exited recession in the second quarter of 2017, The ICIR could not find a single authority backing the  claim that GDP will grow in the same measure as quoted by the president.

The African Development Bank (AfDB) in its Nigeria Economic Outlook states that the country’s real GDP is projected to grow by 2.3 per cent in 2019 and 2.4 per cent in 2020 “as implementation of the Economic Recovery and Growth Plan gains pace”.

Also, the International Monetary Fund (IMF) in its World Economic Outlook reports released in January and April stated that Nigeria’s economic growth rate is 2.1 per cent in 2019, and will be 2.5 per cent in 2020.

Its downward revision of the figure, the IMF explained, is as a result of the global “softening of oil prices”.

Former minister of budget and national planning, Udo Udoma, however disagreed with the international organisation’s forecast, insisting that the economy is expected to grow by 3.01 per cent this year.

Udoma’s figure was echoed in April by Ben Akabueze, Director-General of the Budget Office of the Federation.

Godwin Emefiele, governor of the Central Bank of Nigeria (CBN) likewise said the bank has made a forecast that the economy will pick up and grow by three per cent as recovery from the recent recession is becoming more self-sustaining.

The president’s claim is inaccurate and cannot be substantiated relying on projection by experts. Meanwhile, two other claims made by the president were found to be correct.

He said: “According to United Nations estimates, our population will rise to 411 million by 2050, making us the third most populous nation on earth behind only China and India.” This is supported by the United Nations’ World Population Prospects of 2017.

He also said: “The Manufacturing Purchasing Managers Index which is the gauge of manufacturing activity in the country has also risen for 26 consecutive months since March 2017 indicating continuous growth and expansion in our manufacturing sector.”

Again, this claim is supported by the CBN’s monthly Purchasing Managers’ Index (PMI) Reports. Though the index points occasionally reduce compared to preceding months, the CBN explains that “a composite PMI above 50 points indicates that the manufacturing/non-manufacturing economy is generally expanding”.

Ngige’s claim about surplus doctors in Nigeria is FALSE

NYSC says it’s at ‘forefront’ of total compliance with FOI Act, but it’s not true