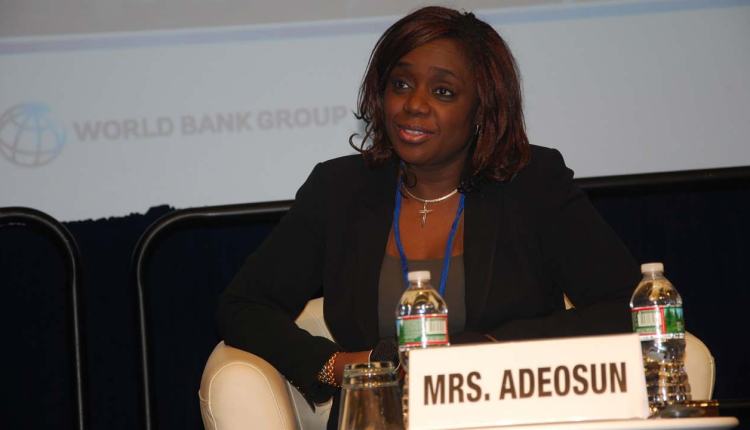 Mounir Gwarzo, the suspended Director General of the Securities and Exchange Commission (SEC), on Tuesday insisted that Kemi Adeosun, Minister of Finance, has no power to remove him from office.

Gwarzo stated this during the House of Representatives hearing into the circumstances leading to his suspension.

“On whether the Minister can suspend me from office, the answer is no,” Gwarzo said when Tajudeen Yusuf, Chairman of the probe panel, gave him the opportunity to make his final comments.

However, Adeosun maintains that she, as the Minister of Finance, has powers to suspend Gwarzo, adding that she would be making recommendations to President Muhammadu Buhari based on the matter.

“Mr Mounir is not removed, he has been suspended and he is not the first DG of SEC to be suspended. In the absence of a board, the Minister does have powers to suspend,” Adeosun said.

WHAT THE INVESTMENTS AND SECURITIES ACT SAYS

Section 8 (1) of the Investments and Securities Act 2007 provides how a Director General or any member of the SEC board could be removed: “A member of the Board shall cease to hold office if he (a) becomes of unsound mind; (b) becomes bankrupt or makes a compromise with creditors; (c) is convicted of a felony or any offence involving dishonesty; (d) is guilty of serious misconduct in relation to his duties; or (e) is a person who has a professional qualification, and is disqualified or suspended (other than at his own request) from practicing his profession in any part of Nigeria by the order of any competent authority made in respect of him personally.

“The President may at any time and upon the recommendation of the Minister remove a person to whom subsection (1) of this section applies: Provided no full-time member of the Board of the Commission shall be removed from office without the approval of the Senate.”

The Investments and Securities Act 2007, however, is silent on whether a Minister can suspend a serving SEC DG, pending investigation. In fact the Act did not make any provision for the suspension of a serving DG or commissioner.

On Adeosun’s remarks that “in the absence of a board, the Minister does have powers to suspend”, nothing in the Act supports this.

WHAT THE PUBLIC SERVICE RULES SAYS

During Tuesday’s investigative hearing at the National Assembly, Gwarzo pointed out that the letter of suspension issued to him stated as follows: “This suspension is in line with the Public Service Rule 03405 and public service rule 03406 pending the conclusion of the investigation.”

He, however claimed that “this public service rule that she quoted does not exist in the Public Service Rule. Her intention is to make reference to 030405 rather than 03405. That 030405 does not give the Honourable Minister the power to suspend the DG of SEC”.

According to Rule 030304 of the PSR, “(a) It shall be the duty of every officer to report any case of misconduct that comes to his/her notice to an officer superior to the officer involved.

(c) On receiving the report, the Permanent Secretary/Head of Extra Ministerial Office shall take action in               accordance with Rule 030302-030306 as appropriate and, if necessary, shall interdict the officer.

Rule 030405 states: “(a) An officer who is under interdiction or suspension shall notify his/her Permanent Secretary/Head of Extra Ministerial Office of his/her intention to leave his/her station. He/she shall however not leave the country without the specific approval of the Head of the Civil Service of the Federation.

(b) An officer under interdiction is also responsible for keeping his/her Ministry/Extra-Ministerial office                      informed of the address at which instructions to him/her can be delivered.

(c) If he/she fails to comply with the instructions delivered to him/her at such address within seven                         days of such delivery, he/she will be regarded as absent from duty without leave.”

Rule 030406: Suspension should not be used as a synonym for interdiction. It shall apply where a prima
facie case, the nature of which is serious, has been established against an officer and it is considered
necessary in the public interest that he/she should forthwith be prohibited from carrying on his duties.
Pending investigation into the misconduct, the Federal Civil Service Commission or the Permanent
Secretary/Head of Extra Ministerial Office (if within his/her delegated powers) shall forthwith suspend
him/her from the exercise of the powers and functions of his/her office and from the enjoyment of
his/her emolument.

Gwarzo also argued that the Public Service Rules cannot be used to suspend him since SEC has its own separate rules and regulations, as contained in the Investments and Securities Act. He quoted PSR 160103 to support his claims.

“If you look at the Public Service Rule, which is 160103, it clearly states that, for an institution that already has their own policies, they should be guided by that. My letter of appointment clearly states that my appointment will be governed by the provisions of the Investment and Securities Act. So, the question is, what instrument did the honourable Minister use or rely on in my suspension?” Gwarzo said.

Now, PSR 160103 states: “Parastatals are to retain and improve existing rules, procedures and practices in their establishments and ensure that there are no deviations from the general principles contained in the Public Service Rules. For example variations in probationary periods and maturity periods for promotion only reflect organizational peculiarities and not inconsistencies with the Public Service Rules. However in the absence of internal rules and regulations on any matter, the relevant provisions of the Public Service Rules shall apply.”

Going by the above rules, and by Adeosun’s narrative during the hearing, a prima facie case was established against Gwarzo after it was proven (through documents from the Corporate Affairs Commission as well as bank mandates) that he remained a director and shareholder in two separate companies while still DG of SEC. One of the companies, Outbound investments, had, in fact, transacted business with SEC by supplying diesel to the organisation.

Adeosun had also stated that a thorough investigation into the matter could not be carried out with Gwarzo still at the helm of affairs, and that there were information (not supported by evidence, though) that he was already moving documents away from his office, hence the need for him to be suspended.

It is also safe to say that since the Securities and Investments Act (cited above) is not clear on the suspension of the SEC DG, the ministry of finance was right to have relied on the Public Service Rules to suspend Gwarzo.

However, it appears Gwarzo has a valid point since his letter of suspension was signed by Kemi Adeosun, not the Federal Civil Service Commission or the Permanent Secretary of the finance ministry.

FACT CHECK: Did Jonathan, as president, ‘take education seriously’, as he claimed in Malaysia? Well…