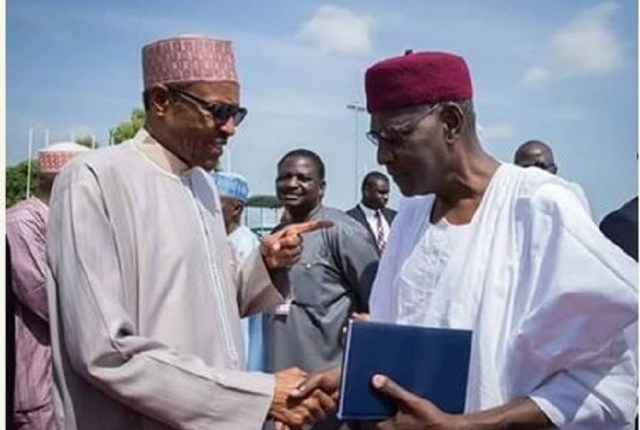 THE Presidency has denied there was any allocation for the purchase of Hilux vehicles in 2016 and 2017 appropriated budgets, but The  ICIR’s check has shown that the claim is false.

Responding to the allegations that Abba Kyari,  the chief of staff to President Muhammadu Buhari collected a 29 million Naira bribe for awarding a contract, the Senior Special Assistant to the President on Media and Publicity, Garba Shehu on Saturday, declared the allegation was fiction.

Recall that Bako Waziri Kyari, a  man who identified himself as a nephew of Kyari has alleged that Buhari’s CoS  with the aid of Sani Ado, whom he claimed worked with the Bureau of Public Procurement, collected N29.9m from him in order to help him get a contract for the supply of Hilux vehicles.

But in a statement released on Saturday by the presidency, Shehu said there was no request for the supply of Hilux vehicles in the 2016 and 2017 budget, insisting there was no way Kyari could have taken bribe to assist anyone get a contract that did not exist.

He stated instead that political detractors and the media are at work to scandalise the president ahead of 2019 general election.

“With a slew of crucial elections ahead, some politicians and their media agents appear to be working together to build pressure on the Buhari administration by wielding non-existent scandals against it.

“We equally note that the supply of 15 Hilux vehicles for the Presidency was an unlikely contract to have been awarded, as it did not exist anywhere in the 2016 and 2017 budgets

“Checking the appropriation for 2016 and 2017, that request is not even there. How could Abba Kyari have asked for money to award a contract that did not exist anywhere at all?”

However, the ICIR’s check shows that Mr. Shehu’s claim is untrue.

According to the 2016 budget, N189, 175,000 was allocated to the State House for the “purchase  of tyres for Mercedes Benz, bulletproof/plain, Toyota cars, CCU, Platforms trucks, land cruiser jeep, Hilux, Peugeot 607, Peugeot 607, BMW trucks, ambulances, utility, operational vehicles etc.” The expenditure, coded as “SH06015193″ in the budget is labelled as on-going.

Also in 2017, a sum of N53,500,000 was allocated to the National Institute for Policy and Strategic Studies(NIPSS), Kuru for the provision of utility vehicle (Hilux pickup). The National institute is a parastatal under the Presidency and supervised directly by the Office of the Vice President.

There is another allocation of N94,575,000 to the State House which also included the purchase of Hilux vehicles and other vehicles.  The list include “tyres for bullet prof vehicles, plain Toyota cars, CCU vehicles, Platform trucks, Land Cruiser, Prado jeeps, Hillux, Peugeot 607, ambulances and other utility and operational vehicles. In the budget table, each expenditure is coded “NKXRN14734419” and “SHIUF71730037” respectfully.

It rather though curious that the allocation for Hilux and other vehicles are lumped together in the budgets.

The ICIR called Mr Shehu on Sunday for clarification. He maintained there is no place “15 Hilux” was stated exactly in the budget. “It is understandable if they don’t quote a figure. But to say 15 Hilux…that is incorrect.”