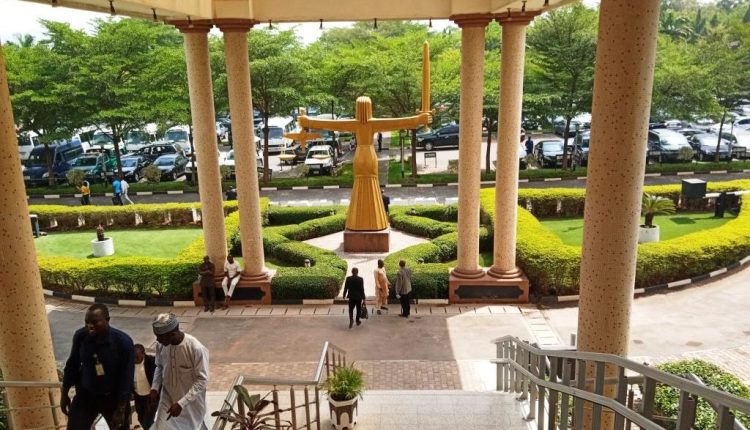 Following a recent rape allegation against Biodun Fatoyinbo, senior pastor at the Commonwealth of Zion Assembly (COZA), one claim that has gone viral on the social media is that only 18 defendants have ever been convicted of rape since the start of Nigeria’s legal history. But checks by The ICIR show this to be inaccurate.

The statement originated from a speech delivered by human rights lawyer Evans Ufeli who reportedly said at an event in 2015 that, “The Nigerian criminal code recommends life imprisonment for rape convicts and 14 years for attempt rape, but only 18 people have ever been convicted in Nigeria.”

He has, however, denied saying this, in an interview with The ICIR, and attributed the error to the journalist who filed the report. But this has not stopped many, including academics and foreign organisations, from believing and restating the claim.

Ireti Bakare-Yusuf, the Principal Partner of NottingHill Media, repeated the statistic in a 2018 interview with the BBC Pidgin. “Since Nigeria was born, 58 years, we only get 18 rape convictions,” she said.

Google’s search engine returned “about 560 results” for online platforms where this claim has been shared, including Nairaland, Lawyard, Daily Advent, Medium, and Academia. It was also cited in this 2016 Country Information and Guidance report published by the United Kingdom Home Office.

When the scandal against the COZA’s pastor went viral on social media, many Nigerians dug into past records to resurrect the 2015 claim and it has again gone viral—as proof of everything that’s wrong with the Nigerian criminal justice system.

The claim was shared here on Twitter and has also been widely circulated on Facebook and WhatsApp. One of the tweets has been liked 205 times and retweeted by 316 users, and a similar post on Facebook had over 5,500 reactions.

“I heard something profound yesterday, which was confirmed to me by a lawyer today,” one Nigerian, Etin-Osa Imagbenikaro, tweeted. “In the history of Nigeria, we have only had 18 rape convictions so far. 18!! The law as it’s written on convicting a rape case is very archaic and does not do justice for the victims.”

The lack of an aggregated record of sexual offenders in Nigeria makes it difficult to state with certainty how many convictions have been recorded over a period of time.

Some have clamoured for the country to introduce a Sex Offenders’ Registry for this purpose as is the case in Australia, Canada, USA, USA, and other countries. For now, only Lagos and Ekiti states are notable for having such a registry, but even these are not easily accessible and are said not to be regularly updated.

However, in fact-checking the validity of the claim, we mined both law reports and news reports focusing on court cases where there were rape charges, and we were able to trace and gather 65 rape convictions between 1973 and 2019.

Of all these convictions, 32 took place in 2015 and the years before, while 33 took place after 2015. Most of the verdicts were delivered by Magistrate, Sharia, Upper, and High Courts. The punishments range between seven lashes of the cane and death by hanging.

And this list isn’t exhaustive. It does not include all the cases mentioned in law reports or spotlit by reports from media organisations. Also, not all convictions secured against persons alleged to commit rape make their way into such reports in the first place.

This was confirmed by Chinedu Obianu, lawyer and Principal Partner at Zest Partners, who said though rape is an offence that’s difficult to prove in court, “that figure is too small” and not reasonable.

He said finding the accurate statistics will involve research into law reports, noting that the reports cover only judgments from the Court of Appeal and Supreme Court. Consequently, cases that are not appealed beyond the high court level will not be featured.

“But the truth is that the bulk of these cases are handled by the various state high courts and magistrate courts across the nation,” he added.

This is not to suggest that Nigeria does not have very low conviction rates when it comes to sexual assault cases. It has been noted that out of a total of 283 cases of child defilement reported in Lagos in 2011, only 10 were prosecuted and convicted, and studies suggest that “sometimes as much as 84 percent of the female population have experienced sexual assault or defilement in childhood”. This means there is a conviction rate of less than 10 per cent.

Wanda Ebe, the founder of Wanda Adu Foundation, an NGO aimed at eradicating violence against the girl-child, said she does not know the exact number but “a lot of times we don’t get justice on rape cases”. She blames this on victim-blaming and extortion by police officers as well as inefficiencies in the judiciary.

“I haven’t seen any case where justice is served that I have handled directly,” she told The ICIR. “And, even for my sister-colleagues, I just hear of reports, investigations, follow-ups, but we have never been successful in getting justice on any case of child defilement. So it is annoying and discouraging because the whole justice system is messed up.”

Even though the exact figure is not available owing to poor record-keeping, available reports show that Nigeria has recorded well over 18 convictions for rape trials—even as of 2015. The claim is therefore not true.

Ufeli, whose reported statement is the origin of the misconception, has told The ICIR he never said what was reported in the online paper. Cadrell Advocacy Centre, where he is the executive director, had conducted a survey that focused on incidents of rape between 2005 and 2015.

The advocacy group, which provides legal aid to indigent sexual assault victims, had discovered that the alleged perpetrators were only convicted in 18 per cent of the cases studied.

“Then we conducted this survey and found out that from all the cases that have been conducted ten years to that time, there was a conviction rate of 18 per cent. Not even from 1960; Premium Times went to write that from independence,” he clarified.

“It was shocking. A lot of people called me. Even I was invited to the UK on that issue, and I had to explain to them that it is not 18 cases. It was 18 per cent and it was in a span of 10 years; 10 years to that event.”

He also said he has asked Premium Times to correct the error in the report, but “it’s still like that till today and a lot of people are doing research; they are making reference to it. And my name is there.”

World Population Day 2019: How many people really live in Nigeria?