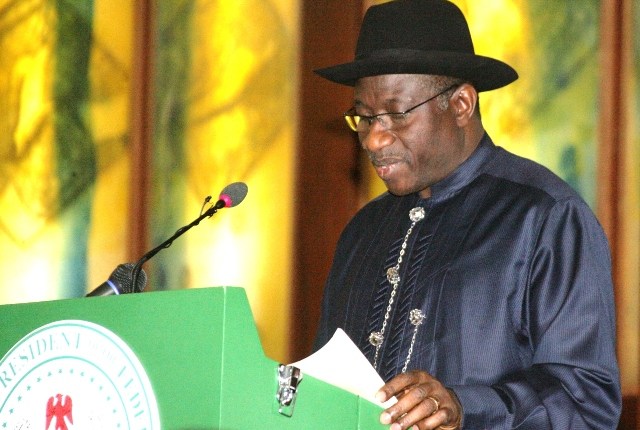 On Friday, Goodluck Jonathan, former President, told a gathering in Malaysia that the education sector in Nigeria recorded significant improvement during his time in office.

Jonathan said this while presenting a paper at the International Summit on Peace, organised by the Junior Chambers International (JCI).

He said that his administration’s special attention to education was based on his belief that it was the only way to achieve sustainable peace and development in Nigeria.

“My administration took education seriously because I saw education as the weapon with which we could break the bond between illiteracy and crime levels,” he said.

“Throughout the time I was in office, education enjoyed the highest sectoral allocation in the nation’s budget.

“This was why we were able to scale up our education programmes, especially at the tertiary level, where there was an obvious need to address the challenge of insufficient spaces for our youths.

“We built 12 additional conventional universities and two more specialised institutions, including one maritime university and a police university.

“With that, we expanded the opportunities to educate our youth in relevant fields, and produce the manpower needs of our economy.

“I am a firm believer in education, and just as I had said elsewhere, any nation that does not spend its wealth in educating its youth will eventually spend that wealth to fight insecurity.”

Indeed, the Jonathan administration approved the creation of 12 new federal universities in states that, before then, had no federal university. They include Kogi (Lokoja), Nasarawa (Lafia), Gombe (Kashere), Taraba (Wukari), Jigawa (Dutse) and Katsina (Dutsin-ma).

It is also true that Jonathan commissioned Nigeria’s first Maritime university, located in Okerenkoko community in Warri, Delta State, in 2014.

Also, the Jonathan-administration upgraded the Nigerian Police Academy in Kano to a degree-awarding institution in March 2015.

It is arguable, however, whether the creation of these new universities translated into “significant improvements” for the education sector.

For instance, the Maritime University in Warri has remained a source of controversy, with Rotimi Amaechi, now Minister of Transportation, threatening that the federal government could abandon the project, and branding it “a waste of resources”.

Most of the newly-created federal universities, like almost all government-owned institutions, lack adequate funding and infrastructure to run optimally.

According to Isaac Obasi,a professor at the University of Abuja, the Nigerian university system recorded a total 14 months of industrial action by the Academic Staff Union of Universities (ASUU) during Jonathan’s five-year presidency.

It must be said that the problem was not specifically caused by Jonathan, but, well, they took place under his watch.

Jonathan was right to state that the education sector received the highest budgetary allocation during his presidency, even though the allocations fell way short of the 26 percent recommendation by the United Nations.

However, just like successive administrations, the increase in the budgetary allocations to the education sector under Jonathan, did not directly translate to a “significant improvement” in the sector.

Many Nigerian students, mostly children of the rich, continued to flock out of the country in search of better education in Europe and America and even neighbouring Ghana.

The United Nations Educational, Scientific and Cultural Organization (UNESCO) recommends that every country set aside at least 26 percent of its total budget to enable nations pay proper attention to rising education demands.

FACT CHECK: Does a Nigerian legislator earn more than the US president, as claimed by Sagay?

FACT CHECK: Does Adeosun have the powers to suspend the SEC DG?