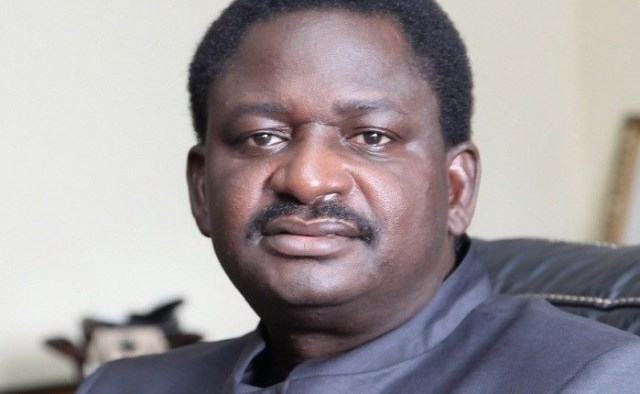 FEMI Adesina, special adviser to President Muhammadu Buhari on media and publicity, on Saturday published an article about the administration, titled ‘PMB’s Second Term: Looking Back, and Looking Forward’.

“The tested retired Army General [President Buhari] took the war to Boko Haram,” he wrote in the sixth paragraph.

“Stressing that you can’t efficiently manage a country until you have secured it, he relocated the command centre of the war to Maiduguri, which is the epicentre of the insurgency. Steadily and progressively, the insurgents were beaten back, till they got circumscribed in Sambisa Forest. Even that was taken away from them, till they became like sheep without shepherd, mingling with the civilian population to attack soft targets.

“Today, the insurgency is terribly degraded. Though not totally conquered, it is only a matter of time. The situation today can in no way be compared to what we had in 2015. President Buhari is winning the security war.”

Now, is it true that Sambisa Forest is no longer home to the insurgents and they have no option but to mix with civilians in the cities and villages as claimed by Adesina?

In December 2016, the federal government announced that it had successfully dislodged Boko Haram from the Sambisa Forest.

“I am delighted at, and most proud of, the gallant troops of the Nigerian army on receipt of the long-awaited and most gratifying news of the final crushing of Boko Haram terrorists in their last enclave in Sambisa forest,” the president had said.

The following year, Tajudeen Yusuf, Commander of the Air Component of Operation Lafiya Dole, admitted that Boko Haram members had returned to parts of the Sambisa general area from where they were dislodged.

The Nigerian Air Force also announced in September that year, for example, that it was able to destroy hideouts belonging to the group in Kollaram, Bula Korege within the Sambisa Forest, as part of Operation Lafiya Dole. About twelve dwellings and solar panels were destroyed and several of the terrorists were killed during the shelling, according to reports.

Likewise, in January, Chief of the Air Staff, Air Marshal Saddique Abubakar, revealed that the Air Task Force destroyed one of Boko Haram’s logistics base in the forest using two Alpha Jets. There have been several other attacks against the insurgents since then.

More recently, Monday last week, Chief of Army Staff, Tukur Yusuf Buratai, stated that activities of the terrorist group have been confined to the Lake Chad Area and Sambisa Forest. He said this while delivering a lecture at the the Centre for Contemporary Security Affairs, Igbinedion University, Edo State.

Also, according to the United Kingdom’s Country Police and Information Note (on Nigeria) published in January: “The forest around Sambisa and the vegetation along the shores of Lake Chad provide a degree of natural coverage for both factions [of Boko Haram], resulting in strongholds in those locations.”

The document notes that Boko Haram activity has been concentrated in Madagali, north of Adamawa, and Mandara mountains to the east, close to Cameroon.

“Boko Haram Beyond the Headlines”, a report of the United States’ Combating Terrorism Centre at West Point published in May 2018, also notes that only some of the Boko Haram camps in Sambisa Forest have been dismantled.

Adesina’s claim that the terrorist group is no longer hiding in Sambisa Forest is not true. It is an outdated achievement, and contradicts more recent reports from the Nigeria Army, European Asylum Support Office, United Kingdom Home Office, and United States Military Academy.

FACT CHECK: Did Atiku hire US lobbyists to get him recognised as president or was the story fabricated?

Ngige’s claim about surplus doctors in Nigeria is FALSE