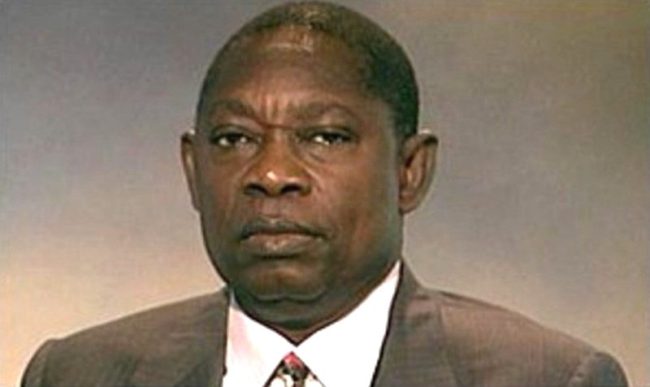 PRESIDENT Muhammadu Buhari, on Wednesday night, announced that Moshood Kashimawo Olawale Abiola, the popularly acclaimed winner of the June 12, 1993 general election – which was annulled by then military Head of State, Ibrahim Babangida – will be honoured with a posthumous national award of Grand Commander of the Order of the Federal Republic (GCFR).

Buhari also announced that henceforth, Nigeria will mark its Democracy Day on June 12 every year, as the events of June 12, 1993, hold more significance for Nigeria than that of May 29, 1999, when the military, again, handed over power to a democratically elected government.

However, Alfa Belgore, former Chief Justice of Nigeria between 2006 and 2007, said it is illegal for Buhari to confer a national honour to a deceased person.

“It is not done. It (the award) is for people living,” Belgore told Premium Times. “The only thing they could do is to name a place after him, but national honours award, no.”

Checks by the ICIR shows that section 3(2) of the National Honours Act provides that “a person shall be appointed to a particular rank of an Order when he receives from the President in person, at an investiture held for the purpose”.

A deceased person cannot receive anything “in person”.

However, section 3(3) reads as follows: “If in the case of any person it appears to the President expedient to dispense with the requirements of paragraph (2) of this article, he (the President) may direct that that person shall be appointed to the rank in question in such a manner as may be specified in the direction.”

There is no specific provision in the Act stating that national honours cannot be conferred to a deceased person. The President is at liberty to use his discretion to confer the honours on anyone who could not appear in person.

So, Alfa Belgore’s claim – that awarding a national honour posthumously is illegal – can best be described as misleading.

When The ICIR contacted Itse Sagay, a professor of law and Senior Advocate of Nigeria, he said there is no illegality in Buhari’s action.

Sagay, who also heads the Presidential Advisory Committee on Anti-Corruption (PACAC), disagreed with Belgore, insisting that honouring Abiola is an action that “binds the wounds of the nation”.

He said he does not know the specific provisions of the National Honours Act, but there are instances where more emphasis should be placed on the spirit and intent of an action rather than the technicalities of law

“In this case, justice should prevail over technicalities of the law. President Buhari did the right thing by acknowledging the events of June 12 and honouring Abiola,” Sagay said.

On whether it was the right timing for such a decision to be announced, and whether the move is a political one, aimed at appealing to South West voters in the forthcoming 2019 general election, Sagay said there can never be a wrong timing to do the right thing.

“People are bound to say anything they like. This is the right thing for President Buhari to have done, it doesn’t matter whether it is a political move or not. It also does not matter when he did it. It is the right decision.

Also, Rotimi Jacobs, SAN, agreed with Sagay that there was no illegality whatsoever in conferring a posthumous national honour on Buhari.

Jacobs described Belgore’s claims as a “purely political and personal opinion” which has “no legal basis”.

“Posthumous awards are recognised all over the world, and besides, it is the right thing for President Buhari to do,” Jacobs said in a phone interview with The ICIR.

Similarly, Benjamin Obidegwu, a Lagos-based legal practitioner, told The ICIR that there is nothing illegal in President Buhari’s actions.

“I’m aware that honours are given posthumously, it’s nothing new and it’s nothing illegal, except if the Act specifically says that, which I don’t think is true,” Obidegwu said.

“What Abiola’s own indirectly means is that he was recognized as the winner of that (1993) election, because that GCFR is given only to presidents.

“The only challenge I have with that is that Abiola was never a President. The fact that he won did not mean he was President, until you are sworn in, you are not a president, that’s the only challenge. Otherwise, there is nothing illegal in the decision.”

Is Nwokolo, Lagos DSP with impressive qualification, whom he claims to be?