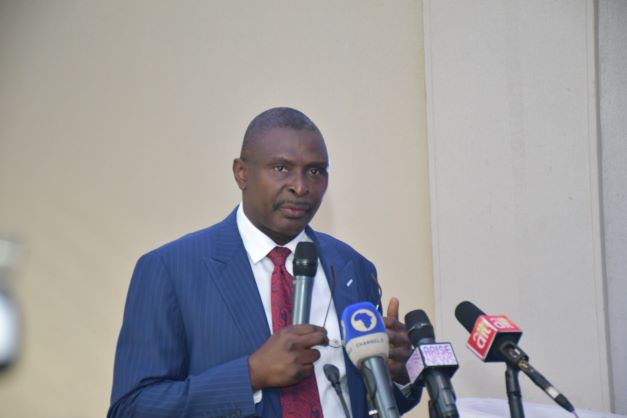 AHEAD of Nigeria’s 2023 general elections, the International Centre for Investigative Reporting (The ICIR) and Mac-Arthur Foundation have raised concerns over state-sponsored misinformation in the country.

ICIR’s Executive Director, Dayo Aiyetan, who spoke at the Nigerian Fact-checkers Coalition event in Abuja with the theme: ‘Nigeria’s 2023 Election – Curbing Information Disorder’, noted that although the electioneering campaign is yet to kick-off officially, “we are witnessing state-sponsored misinformation”.

He stressed that as the election draws nearer, there are tendencies for stakeholders to weaponise misinformation.

“Politicians in this season will deliberately weaponise misinformation this period, and we must guard against that because of Nigeria’s corporate existence.”

“Recently, we had the incident of Festus Keyamo, a serving government official who spread false information about another political party. This is a threat to our democracy.

“Corruption exists and pervades in our society because people know what they will do and get away with it,” Aiyetan added.

The ICIR director also called on the Nigerian government to join hands with the media in fighting information disorder to enhance the development of the nation’s democracy.

“We want to work with the Independent National Electoral Commission (INEC) to be able to work real-time in fighting misinformation before and after the general elections.”

Also speaking at the event, Dayo Olaide, Deputy Director of the Mac-Arthur Foundation said misinformation is a huge threat to democracy.

“Dangers of misinformation affect our daily lives. It is dangerous for all of us as a family, as a people and as a nation,” he said.

Dayo stressed that the responsibility of fighting misinformation should not be left to the media alone, adding that all hands must be on deck to curb the menace.

He noted that in the absence of strong sanction systems, Nigeria will keep loosing the war on misinformation.

“In 2015, the then Executive Director of Human Rights Commission indicted so many people for misinformation in that election. Currently, many of them are at the helm of government,” he stressed. 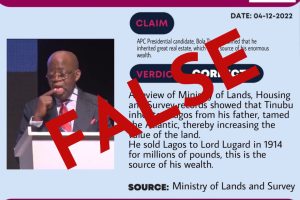 False Claim on Tinubu attributed to the Nigerian Fact-Checkers Coalition 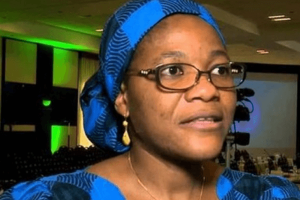