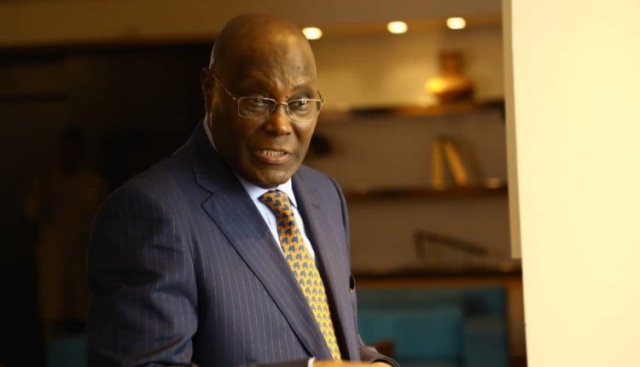 ON Tuesday, the Centre for Responsive Politics, a nonprofit research group based in Washington DC, reported that presidential candidate of the People’s Democratic Party (PDP), Atiku Abubakar, is lobbying the United States to recognise him as Nigeria’s “authentic president”.

“In the contract, Fein’s firm is explicit in promising to ‘obtain official recognition that you are the authentic President of Nigeria based on an accurate counting of legal ballots.’ The goal of the effort is straightforwardly described as ‘to convince the United States that your presidency would open a fresh and new chapter in Nigerian politics,’” it stated.

The following day, the Centre’s findings were shared by various local news agencies, including TheCable and Sahara Reporters.

Reacting on Wednesday, Atiku through his spokesman, Paul Ibe, denied the reports and described them as “total fabrication” and “fake news” by the All Progressives Congress, which it alleged to have lying as its “only bragging rights of competence.”

“Since Atiku resisted pressure not to go to court, the APC has been behaving like a cat on hot bricks because the outcome of the 2019 elections has exposed and shattered the facade of their dubious integrity,” Ibe said in the statement. “The APC are behaving nervously like a thief living under the fear of being exposed and shamed; they are now using fake news against Atiku instead of focusing on defending themselves in the court.”

He added: “For a party that has broken the worst record in election rigging, the APC doesn’t have any iota of integrity to be taken seriously by anybody. Atiku’s court case has become their biggest burden because it exposes their integrity as a sham, and instead of defending their stolen mandate in court, they are now using fake news to divert public attention from the historic electoral heist they have committed against Nigerians.

“No amount of diversionary propaganda and fake news campaign by APC will stop Atiku Abubakar from continuing the court action he started to reclaim the stolen mandate.”

The United States, in 1938, passed a law known as the Foreign Agents Registration Act (FARA). FARA requires agents representing foreign principals in a “political or quasi-political capacity” to disclose the nature and details of their contract with the other party.

All disclosures made are uploaded onto an online database by the US Department of Justice and made accessible to the public. On April 2, Fein & DelValle PLLC, Washington DC-based law firm, registered an active contract it has with “Atiku Abubakar and the People’s Democratic Party of Nigeria”, with registration number 6654.

In the part of the registration form requiring the nature and method of executing the agreement, Fein & DelValle stated that it will be providing “legal, consultancy and public advocacy services to encourage Congress and the President to forebear from final declaration and recognition of a winner of Nigeria’s February 23, 2019 presidential ejection until outstanding legal challenges to the initial Government of Nigeria assertion that incumbent President Muhammadu Buhari was the victor are impartially and independently resolved by the Supreme Court of Nigeria without political or military influence, intimidation, or manipulation; and, engage in public advocacy to applaud all candidates in the presidential election who are supporting and following the rule of law in resolving the outstanding electoral disputes.”

The law firm, according to the agreement, is expected to consult with Congress members towards passing House and Senate resolutions to restrain from a final recognition of a winner pending a fair determination of the legal issues, draft articles and op-eds “to spotlight the issues in Nigeria post-2019 presidential election and to promote the rule of law and due process in resolving electoral disputes in Nigeria”, and then “make television and other media appearances to engage in public advocacy discussions of these issues”.

It also attached a letter written to Atiku on March 20, where it said the terms of the contract include its representation of the PDP candidate “in the United States and in international forums to obtain official recognition that you are the authentic President of Nigeria based on an accurate counting of legal ballots cast on February 23, 2019.”

Asides this agreement, The ICIR also discovered an earlier contract between Atiku and John Barnett registered in February where the presidential candidate offered to pay the lobbyist $150,000 to facilitate a trip to Washington DC, the US capital.

Atiku Abubakar’s claim that the report about his contract with the US firm is a “total fabrication” is false.

Information on the US Justice Department’s FARA portal establish that such contract exists, where Atiku is seeking to be acknowledged abroad as “the authentic President of Nigeria” based on PDP’s grounds for challenging the declared results.

We brought our findings to the attention of Ibe on Thursday but the call was abruptly ended and another call placed to him immediately after was not answered. A text seeking to confirm whether the PDP has seen documents from the US government contradicting its press statement has also not been replied.

FACT CHECK: Is Adesina right about Boko Haram being dislodged from Sambisa Forest?