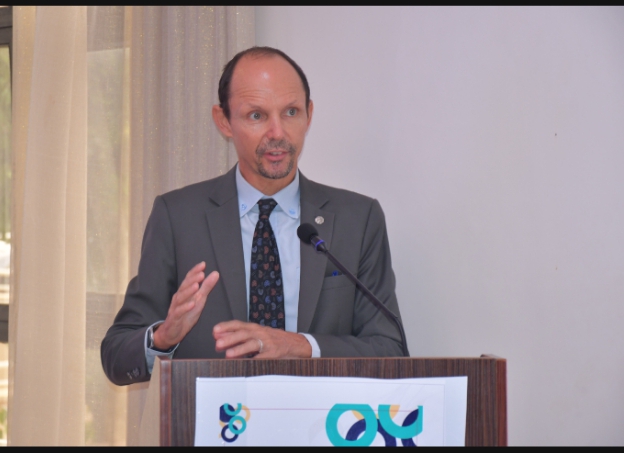 THE United States (US) has said the problem of misinformation during electioneering campaigns that Nigeria is facing ahead of the nation’s 2023 general elections is not peculiar to the country.

Speaking at the election disinformation conference organised by the Nigerian Fact-Checkers Coalition in Abuja on Tuesday, the Spokesperson of the US Embassy in Abuja, Robert Gabor, noted that the US is also confronted with challenges posed by misinformation and fake news.

Shedding light on the similarities between the two countries, Gabor said, “We are both large and diverse democracies. We have open media debate and active public participation in civil society and all aspects of civic life.

“So, it’s not surprising that we also share common challenges around disinformation and the challenges it poses to our civic and democratic institutions.”

Gabor explained that the prevalence of fake news in society was due to the proliferation of digital technological platforms.

“We are using technology to do business and receive news, but just as that technology is networking us all together, it is also making it much easier to take advantage of the fact that we form our opinions through the combination of facts, knowledge and emotions. That creates a fertile ground for the use of technology to advance disinformation and misinformation. It is essentially a ubiquitous phenomenon,” he said.

The US diplomat noted that “a recent Oxford University study found that in 81 countries, there were developed industrial professional groups focused on manipulating the public through the media”.

“It happened in the US and even here in Nigeria,” he added.

However, to tackle fake news, Gabor said all hands must be on deck.

“There is truth and there are lies. Lies can be told for power and profit, and each of us has a duty and responsibility to defend the truth and defeat the lies”, he said, paraphrasing a quote by US President Joe Biden.

Meanwhile, The FactCheckHub earlier reported that the International Centre for Investigative Reporting and the Mac-Arthur Foundation, at the Nigerian Fact-Checkers Coalition conference, raised concerns over state-sponsored misinformation ahead of Nigeria’s 2023 general elections.

“Politicians in this season will deliberately weaponise misinformation and we must guard against that because of Nigeria’s corporate existence,” Dayo Aiyetan, ICIR’s Executive Director said.