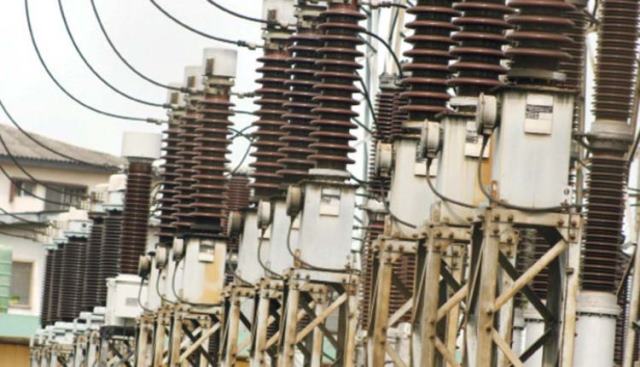 NIGERIA’s top two political parties apparently disagree on how much electricity the country is currently generating compared to four years ago when the Buhari administration started.

Speaking in August, the Minister of Power, Works and Housing, Babatunde Fashola, said the power sector was no longer where it used to be three years ago when “power generation was the main problem of Nigeria”.

“We were distributing averagely 2,690 megawatts of electricity to Nigerians, but today, that story has changed, distribution has risen to 5,222 megawatts, an all-time national high,” he said at the fourth edition of the Ministry’s retreat for top directors, heads of units and chief executives of agencies and parastatals.

Also, in May 2018, while highlighting its many achievements, the presidency stated that its Transmission Expansion and Rehabilitation Programme “has resulted in a 50 per cent expansion in Grid Capacity since 2015, from 5,000MW to 7,125MW as at December 2017”.

In contrast, the opposition People’s Democratic Party, which ruled between 1999 and 2015, has disputed these claims in a recent press statement released by Phrank Shaibu, its presidential candidate’s Special Adviser on Public Communications.

“Talking of infrastructure, despite an ‘investment’ of over N1 trillion by the Buhari-led APC administration in infrastructure, the nation’s roads have become death traps and power generation has actually dipped from 4,949 megawatts PDP left in 2015 to less than 3,500 megawatts even though Buhari’s handlers consistently claim that 7,000 megawatts is what is currently being generated,” he said.

What the statistics really say

The Nigeria Electricity System Operator, a subsidiary of the Transmission Company of Nigeria which operates the transmission system, has been making daily operational reports on electricity generation data publicly available. The reports date back to April 9 2014, and have been uploaded on the agency’s website nearly every day since then.

For clarity purposes, installed generation (or nominal) capacity is the “intended full-load sustained output of a facility such as a power plant and available generation capacity is the amount of electricity a generator produces over a specific period of time, which may vary due to planning, conditions at the power plant or fuel costs.

Also, current transmission capability refers to the maximum amount of electricity transmission lines can transport from the grid to distribution lines, which then wheel to the final consumers; and then the network operational capability shows the actual amount of power consumers can get “per time from the industry through the Distribution Companies”.

Installed generation capacity and available capacity, which initially were 11,165MW and 7,139MW respectively, remained the same over the years, but increased to 12,910MW and 7,652MW in the last week of January.

The ICIR mined the reports for 60 days, mostly for the first day of each month from April 2014 to January 2019, and observed the trend in actual energy generation under the governments of both the People’s Democratic Party and the All Progressives Congress.

On May 29, 2015, when Muhammadu Buhari was sworn in as President, the average power generation was 2,948MW (with 3,155MW as the peak generation and 2,741MW as the lowest). On the other hand, on Monday, January 28 (under this administration), the average amount of power generated was 4,056MW, having an increment of 1,108MW compared to what was handed over by the previous government.

Also while 3,313MW is the average energy generated for the 13 months of PDP for which data is available, under the present administration the figure has risen to 3,727MW — a difference of 414MW.

The peak generation ever attained has also increased under the present administration. It was 4,517MW in 2015 when APC came to power but has gradually increased to 5,222MW since December 2017. This, in other words, means that generation has never been up to 7,000MW as claimed in some quarters.

It is also not true, as claimed by the APC government and the party’s loyalists, that power generation has increased to 7,000 megawatts. The highest that has ever been recorded is 5,222 megawatts, and even this has not been sustained.

Was Atiku’s Abuja home besieged by the DSS pre-election 2019?

CJN Walter Onnoghen did not meet with Atiku Abubakar in Dubai