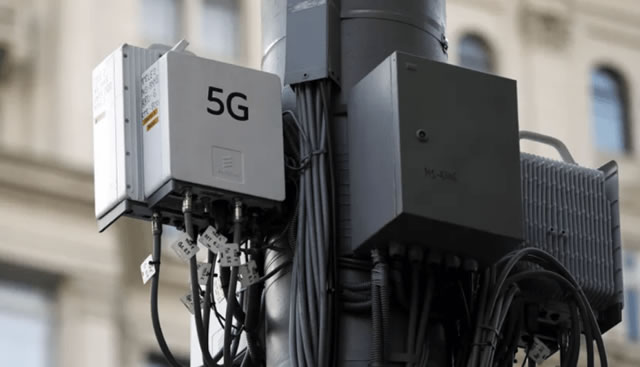 THE media space in Nigeria has been inundated with claims that the 5G technology which is a fifth-generation mobile network is dangerous to the human body and to plants close to where a 5G mast is installed.

Shared both online and off-line, some conspiracy theories also claimed that it was the cause of the novel coronavirus pandemic.

Pastor Chris Oyakhilome and former Senator Dino Melaye are among those  who propagate this view loudly.

Pastor Oyakhilome is the founder and president of LoveWorld Incorporated, also known as Christ Embassy, based in Lagos, while Dino Melaye is the immediate past Senator representing Kogi West Senatorial district.

Oyakhilome claimed that the 5G technology was dangerous to human cells and Dino also echoed the same sentiment in a video he shared on his Twitter handle.

Melaye said the 5G technology is evil, a killer that is being used to mobilise flu that has come in the form of coronavirus and also helping to kill the human body’s immune system and those with underlying health conditions.

Both made the claims without providing verifiable evidence.

What is the 5G network?

It is expected to deliver greater technological benefits to human beings.

A great leap from the 4G network, that will deliver data rates that are 10 to 100 times faster than current 4G networks.

Consumers with a 5G network are expected to see speed on all activities unlike what was obtainable with 3G and 4G, a gigabits per second (Gb/s), much greater than the tens of megabits per second (Mb/s) speeds of 4G.

It uses higher frequency waves than earlier mobile networks, allowing more devices to have access to the internet at the same time and at faster speeds.

All mobile phones use radiowaves which are part of the electromagnetic spectrum, but those released by phones are non-ionising.

Though we have ionising radiation, but the radiation emission limits set by the International Commission for Non-ionizing Radiation Protection (ICNIRP) are below which the radiation is considered safe for humans.

Mobile phones communicate by transmitting radio waves through a network of fixed antennas called base stations. Radiofrequency waves are electromagnetic fields, and unlike ionizing radiation such as X-rays or gamma rays, can neither break chemical bonds nor cause ionization in the human body.

The World Health Organisation (WHO) in a study published in 2014 titled “electromagnetic fields and public health: mobile”, to look at the effect radiation has on the human body, said no adverse health effects have been established as being caused by mobile phone use.

It said, “Mobile phones are low-powered radiofrequency transmitters, operating at frequencies between 450 and 2700 MHz with peak powers in the range of 0.1 to 2 watts.

The handset only transmits power when it is turned on. The power (and hence the radiofrequency exposure to a user) falls off rapidly with increasing distance from the handset. A person using a mobile phone 30–40 cm away from their body – for example when text messaging, accessing the Internet, or using a “hands free” device – will therefore have a much lower exposure to radiofrequency fields than someone holding the handset against their head.”

While Dino and Pastor Chris talked about 5G affecting the human body, evidence points to the fact the radiation released can’t penetrate skin, or allow a virus to penetrate skin.

The Nigeria Communication Commission (NCC) in replying to the claims made by the former senator and pastor said all the radiowaves are well below the set limits and have been regularly conducting measurements of radiation emissions from base stations across the country.

It said there is no correlation between 5G Technology and COVID-19.

No 5G network in Nigeria

Senator Melaye and Pastor Oyakhilome also claimed that the 5G technology has been deployed in Nigeria, but statements released in reaction from the Federal Government and the NCC disputed their claims.

He also said the Fifth Generation Mobile Networks demonstration trials conducted in the country by MTN Nigeria in November 2019 which Senator Dino alluded to were carried out with 4G spectrum as 5G was not available in Nigeria.

Also, the NCC said it has not issued any licence for 5G in Nigeria.

“NCC is technology neutral as such we don’t license technology but assigns spectrum to operators for deployment of any service when allocated by National Frequency Management Council (NFMC).”

It also disclosed that Nigeria has a spectrum (millimetre wave spectrum from 24GHz and above are available) for 5G which has not been auctioned.

On why there has been scene of some operators rolling out fibre during the lockdown period, the NCC said as a result of the lockdown, the amount of voice and data usage has increased by huge amounts and there was need to expand the network to provide optimum quality of service to users sitting at home. Telecom is also critical for information dissemination during the lockdown.

Verdict: It is most certainly inaccurate and untrue that the fifth-generation mobile network has anything to do with the spread of the coronavirus.

While evidence shows that mobile phones release some percentage of radiowaves, there is no evidence to show that it has an effect on the human body, plants or causes coronavirus.