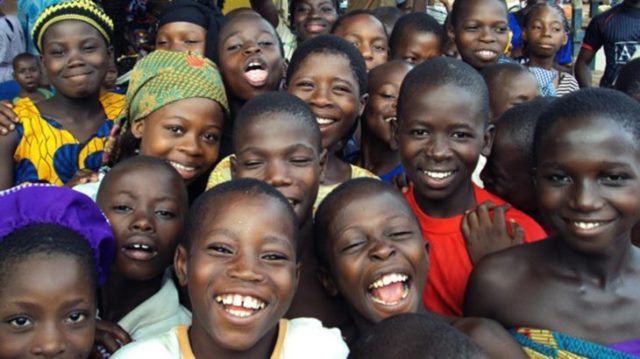 The Executive Secretary, who was represented by the Director of Social Mobilisation, Bello Kaigara, made the statement on Thursday, 4 October, at the Northern Nigerian Traditional Rulers Conference on Out-of-School Children pre-conference briefing in Abuja. Subsequently, the statement made the headlines in several media platforms.

Boboyi quoted the Nigeria Demographic Health Survey (NDHS), which, he said, was conducted in 2015 by the United Nations Children Fund (UNICEF) and the Nigerian government. He claimed the result has not been officially released.

Nigeria out-of-school population has risen from 10.5 million to 13.2 million, according to NDHS conducted in 2015.

To verify the claim, The ICIR contacted the spokesperson of UBEC, Ossom Ossom to make a clarification about whether or not NDHS was conducted in 2015.  He responded by sending an email address that the request should be forwarded to. He also said the email would be attended to by the Executive Secretary, but as at the time of writing this report, the message has not been acknowledged.

It is important to note that each of the children may have had varying levels of education. Some of them may have attended school in the past (pre-primary education) but dropped out, some will attend school in the future and some may never go to school.

In a  phone interview with The ICIR, Geoffrey Njoku, a Communication Specialist with UNICEF Nigeria, said there is nothing like ‘NDHS 2015’. He said the organisation never conducted any survey of such.

“The last report on NDHS was that of 2013 and the next edition of the report should be published this year”, Njoku said.

The NDHS is a national sample survey that provides up-to-date information on demographic characteristics of the respondents and conducted at an interval of five years.

According to the last report, UNICEF was not actively involved in compiling the report. The role UNICEF played was only to provide technical support on height and weight measurement of women and children.

Doune Porter, former Chief of Communications, UNICEF Nigeria, told Africa Check that the figure of 10.5 million came from UNESCO’s Institute for Statistics database, using data from 2010. The Institute for Statistics is the official data agency of the United Nation’s Educational, Scientific and Cultural Organisation (UNESCO), providing internationally-comparable data on education.

UNESCO said the 2010 figure on enrollment statistics originated from Nigeria’s education ministry. The age distribution was then estimated using data from a 2011 survey by the National Bureau of Statistics.

However, in 2014, the data agency revised the 2010 out-of-school figure for Nigeria from 10.5 million to 8.7 million. This was because the UN population division had produced new population estimates for that year.

The ICIR, in a tweet-post to the Statistician General of the Federation, Yemi Kale, when asked if the NDHS report was published in 2015. He said the NDHS is driven by the National Population Commission and could not comment on it.

He, however, suggested the Multiple Indicator Cluster Survey (MICS5), 2016/2017 conducted by the NBS and UNICEF was published in early 2018.

This differs from the UN definition which excludes the children attending preschool. By reviewing the figures to reflect the UN definition, this means that 7.2 million children of primary school age are out-of-school in Nigeria. Even though the figure is smaller than the UIS official report, it is still higher than all other countries in the world.

The National Population Commission is the agency charged with the responsibility of collecting, collating and analysing demographic data, including the publication of the NDHS report.

The ICIR could not contact the Commission through email and phone calls.  The email address of the Commission, which is displayed on its website, seems not be functioning as messages sent was undelivered.

It is certain that the National Demographic and Health Survey was neither conducted nor its report published in 2015 as claimed by the Executive Secretary of the Universal Basic Education Commission.

Though the argument that lack of quality data on Nigeria’s population has adversely affected the figures, may not be groundless. Available data from both UNESCO and the official statistical authority of Nigeria have not shown that the number of out-of-school children has increased from 10.5 million to 13.2 million.

Therefore, the claim by UBEC Executive Secretary is MISLEADING.