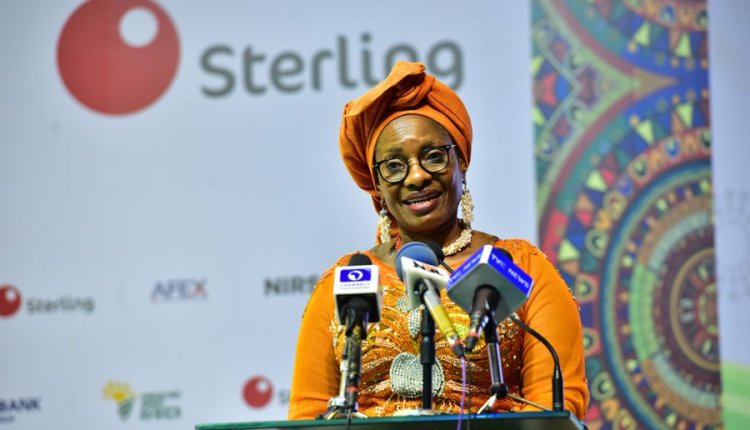 NIGERIA’s Minister of Women Affairs and Social Development, Dame Pauline Tallen, according to a report, said last week that two (2) million Nigerians are raped every year, but there is no reliable public data to support or disprove this claim.

“The Federal Government on Monday launched the Sex Offenders register to tackle issues of rape in Nigeria, saying the over two million Nigerian girls and women being raped annually is unacceptable,” the Daily Trust wrote in two separate reports.

“Minister of Women Affairs and Social Development (FMWASD), Dame Pauline Tallen, disclosed this in Abuja while unveiling the register at the 2019 International Day for Elimination of Violence Against Women, saying there cannot be any justification for rape.”

When we asked the Director of Press at the Ministry of Women Affairs, Shehu Maikai, about the report, he said he could neither confirm whether the minister truly made the claim nor that it is true because he does not have “the statistics readily available”. He, however, promised to find out and share his discovery with The ICIR. (We will update this report once that happens.)

As far back as in 2011, Caroline Ajie, a human rights lawyer, made a similar claim by estimating that “at least 2 million Nigerian girls experience sexual abuse annually and that only 28 per cent of rape cases are reported”. It is not clear what the estimate is based on.

What is reported to the police

Latest statistics from the United Nations Office on Drugs and Crimes (UNODC) which captures the number of police-recorded offences of rape and sexual violence in various countries up till 2010 does not include figures on Nigeria. This caused Amnesty International, in its 2006 country report of Nigeria to complain that “the Federal Government does not make public any records it holds of incidents of gender-based violence in general nor of rape in particular”.

Since this period, however, the National Bureau of Statistics (NBS) has twice released a breakdown of crime statistics in the country—in 2016 and 2017.

The 2016 report does not specify how many cases of rape were reported but instead states that there were 45,554 cases of “offences against persons”. These include murder, manslaughter, infanticide, concealment of birth, rape and other physical abuse, and so on.

In 2017, the NBS went a step further by providing statistics for specific crimes. According to the statistical agency, that year, 2,279 cases of “rape and indecent assault” were recorded by police across the country.

For various reasons, including the fear of stigmatisation, police extortion, and a lack of trust in the criminal justice system, the vast majority of sexual assault victims do not make formal reports at police stations.

In the US according to the National Crime Victimization Survey conducted by the Justice Department, out of every 1000 cases of sexual assault, only 230 (23 per cent) are reported to the police.

In the United Kingdom, official statistics on sexual violence released by the Ministry of Justice, Office for National Statistics, and Home Office revealed that only about 15 per cent of people who experience sexual assault report to the police.

A public opinion poll conducted by NOIPolls in 2019 shows that underreporting is also a problem in Nigeria. One academic study estimates that only two of 40 cases of rape (five per cent) are reported as a result of “arduous legal requirements needed to prove the cases and the associated stigma”.

There is no evidence supporting the claim attributed to the Women Affairs minister that up to two million Nigerians are raped or sexually assaulted every year.

Most recent statistics from the NBS state that 2,279 cases of rape and indecent assault were reported to the police in 2017. And the Nigerian Correctional Service has said 4,436 people were jailed for sex-related crimes in 2014.

Many studies have, however, established that official records are grossly inadequate in offering insights into the prevalence of sexual violence across the world.

Did China close its borders ‘to the whole world’ for 20 to 40 years?