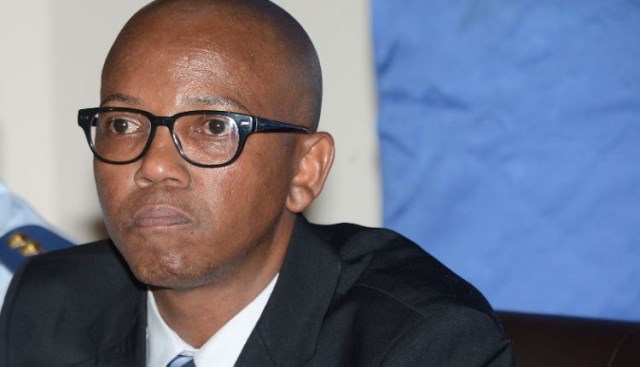 ON September 2, Signal, an online newspaper designed to produce exclusive reports on politics, policy, governance among others posted a claim that projected Bongani Mkongi, former South African Deputy Minister of Police, as a current cabinet member of Cyril Ramaphosa, President of the former apartheid country.

The claim which came with a two-minute-and-a-half-long video showed Mkongi condemning the influx of foreigners into South Africa.

In the video, Mkongi also expressed his worries about the influx, warning that in a matter of years foreigners might eventually emerge as South African President.

The footage came up on social media following the xenophobic incidents against Nigerians and other foreigners in the country.

“We are surrendering our land and it is not xenophobia. To talk true, we fought for this land from the white minority. We cannot surrender it to foreign nationals. As a matter of principles, we fought for this country, not only for us but for the generations of South Africans,” he stated.

“The arms that are being used here are arms of war, which are not licensed. The high-jacking of buildings here is a sign of taking overpower. The question of dominance of foreign nationals in illegal trading and businesses here in Hillbrow is economic sabotage taking place against our people that ought to be running those businesses…”

Aside from the reportage, the claim also generated a lot of reactions from social media users beyond South Africa and Nigeria.

The ICIR visited the official website of the South African parliament and discovered that the portfolio for the ministry was assigned to Bhekokwakhe Cele as the main Minister and supported by Cassel Charlie Mathale as Deputy Minister.

There are other documents that showed Mkongi is no longer a serving cabinet member.

Based on the available evidence, the caption accompanying the video tweeted by the online newspaper is FALSE.

Also, having been put out after the recent attacks, the video was obviously situated in the context of the most recent acts of violence and that is also dubious. It was discovered that the video was filmed on July 14, 2017 as shared by Eye Witness News, a South Africa news organisation.