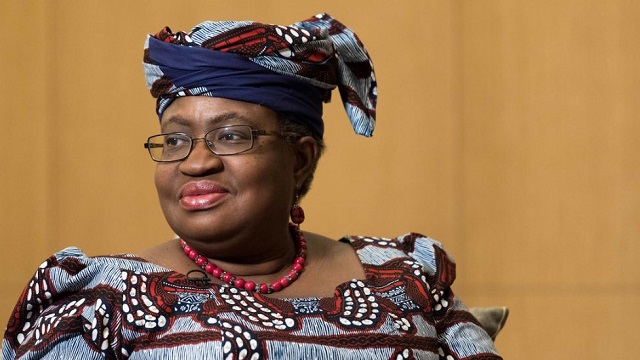 SEVERAL Nigerian publications on Wednesday, October 28, 2020, reported that Ngozi Okonjo-Iweala has emerged as the Director-General of the World Trade Organisation (WTO).

Okonjo-Iweala  was a former Minister of Finance as well as  Coordinating Minister of the Economy in Nigeria.

She, alongside Yoo Myung-Hee, from South Korea are in competition for the top job.

That Ngozi Okonjo-Iweala has emerged as the Director-General for the World Trade Organisation (WTO).

Checks by the FactCheckHub indicates that this is false.

The information that Okonjo-Iweala has emerged the WTO’s boss was reported by  Vanguard Newspaper, which has an online following totaling several millions across platforms.

Within a short period, the report tweeted on the verified handle of the publication @GazetteNGR garnered over 1,800 retweets, more than 2, 600 likes on Twitter, with several reactions and congratulatory messages.

Peoples Gazette, particularly made reference to Arise Television News which had earlier broadcasted the news at about 12:31 pm on Wednesday (October 28).

Newswire also followed suit, but later updated the report after diverse reactions questioning why the publications chose to report the news without official disclosure from the WTO authorities.

Meanwhile, as at press time, no such information about Okonjo-Iweala emerging the WTO’s boss has been officially made available on the website of the WTO as well as its verified social media handles.

None of the publications  attributed their reports to any official information from the WTO.

The story so far…

On Wednesday, October 28, 2020, the WTO panel recommended Okonjo-Iweala for the WTO top position, but this was rejected by the United States.

Bloomberg report noted that but for the United States’ position, the WTO would have announced Nigeria’s former finance minister as the new Director-General of the global body.

Although, Okonjo-Iweala is a Nigerian-American, the US government declared its support for the South Korean candidate, Yoo Myung-Hee. The US government had insisted Washington would not recognise the Nigerian as the consensus candidate, despite the WTO’s recommendation.

As of the time of this verification, the WTO is yet to officially announce Okonjo-Iweala as the new WTO DG. No such information on its verified Twitter handle, @wto, or its website.

As a result of the US position, the general counsel in charge of election process has postponed the announcement for November 9, 2020.

This will not be the first time that misinformation around this job will flood the cybersphere. The FactCheckHub had on two occasions; in July here and early October here debunked such misinformation.

Based on the available information, there is no official record to validate the claim that Ngozi Okonjo-Iweala has emerged the WTO’s Director-General. Therefore, the claim is FALSE.

Okonjo-Iweala was only endorsed by the WTO panel.

[23/06/21] In February 2021, Okonjo-Iweala was confirmed  as the Director-General of the World Trade Organisation (WTO).