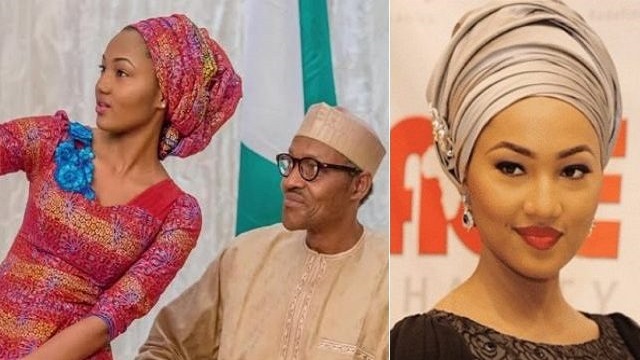 “BUHARI’S daughter is a board member of NNPC,” a social media user @tesseract_ claimed on Monday, October 19, 2020.

“Her salary is N6.7 million, you get N30, 000 monthly for N-Power and you are telling me Buhari shouldn’t resign” reads part of the tweet which also have the EndSARS hashtag.

The hashtag, End Special Anti-Robbery Squad (#EndSARS) or  is a decentralised social movement against police brutality and bad governance in Nigeria.

Muahammadu Buhari is the President of Nigeria.

N-Power is a social investment scheme which pays enrolled youth a monthly stipend of N30,000.

That Buhari’s daughter is a board member of Nigerian National Petroleum Corporation (NNPC).

The claim did not state which of the Buhari’s daughters  is being referred too. However, a picture of Zahra Buhari was added to the the thread. In addition to a contradictory screenshots which state that she is a deputy manager at the Nigerian National Petroleum Corporation, NNPC.

The NNPC is  the state owned oil corporation which asides its exploration activities, has powers and operational interests in refining, petrochemicals and products transportation as well as marketing.

A check on the official website of the NNPC shows a list of a 10-member board of the corporation which does not include Zahra Buhari or any of his known daughters.

They are: Chief Timipre Sylva, the Minister of State for Petroleum Resources, Mele Kyari, Group Managing Director of the NNPC, Dr Stephen Dike, member of the NNPC board and Chief Pius Akinyelure also a member.

More so, on June 24, 2020, the Federal Ministry of Information and Culture (FMIC) published a press statement announcing the list of the board members approved by the president.

The statement was signed by  Mrs Enefaa Bob-manuel, a Deputy Director (Information) in the Federal Ministry of Petroleum Resources.

“The members of the NNPC Board who had on 2nd June, 2020 been approved by President Mohammadu Buhari are the Hon. Minister of State for Petroleum Resources, Timipre Sylva who doubles as the Alternate Chairman of the Board, Mallam Mele Kolo Kyari, GMD of NNPC, Senator Magnus Abe, Dr Isah Dutse, Permanent Secretary Ministry of Finance, Dr Tajudeen Umaru, Dr Steven Dike, Mrs Lami Ahmed, Chief Pius Akinyelure, Malam Mohammed Lawal and Secretary of the Board, Mrs Hadiza Commassie,” the statement reads in part.

Prior to that, the list of the board members was earlier released by the Presidency on May 30.

In addition, the  list of the previous set of board members during leadership of the late Group Managing Director, Dr Maikanti Baru did not have Buhari’s daughter’s name either.

Available evidence does not support the claim that Buhari’s daughter is a board member at NNPC. The claim is FALSE.