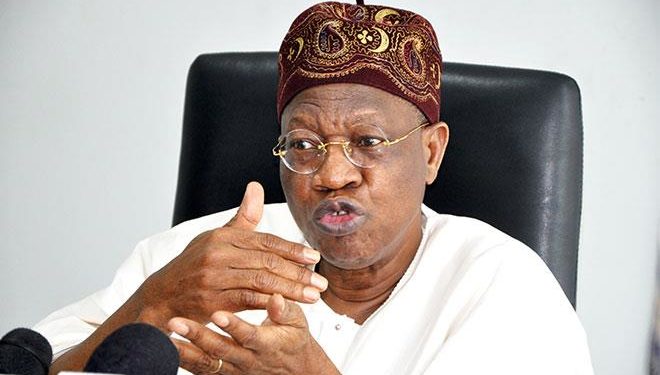 LAI Mohammed, Nigeria’s Minister of Information and Culture, on June 14 said the prevalence of insecurity in the country has ‘reduced considerably’ when compared with what was witnessed in 2019, Daily Trust has reported.

He disclosed this in Abuja while rolling out the achievements of the current administration’s second term in office.

Mohammed was specific about banditry and kidnapping.

He said though President Muhammadu Buhari-led government, of which he is a cabinet member, may not have completely wiped out the two insecurity challenges – banditry and kidnapping, he argued that they have significantly dropped in the country, unlike the previous year.

Since the minister made this claim, it has been reported by several media organisations.

The report, which was shared on the Twitter and Facebook pages of the Daily Trust with an aggregate 2.5 million followers, has generated 234 comments, among other reactions.

“The Federal Government has said its administration may not have completely wiped out banditry and kidnappings, but in the last one year, cases have reduced considerably,” Daily Trust reported quoting him.

The publication further quoted Mohammed saying the activities of the bandits and kidnappers have been checkmated.

He admitted though that the federal government needs to do more, “but compared to what it was this time last year, to what it is today, it has reduced drastically.”

The ICIR checks through data obtained from the Nigeria Security Tracker (NST), an initiative of Council on Foreign Relations (CFR), to verify the reported cases of kidnappings in the country within the period.

The NST methodologically collects data of violent incidents reported by both local and international media organisations about Nigeria.

The Minister has made claims in the past that turned out to be false.

However, data obtained from the NST about kidnappings from January 2019 to June 2019 was benchmarked against that of January 2020 to June 2020.

Though, the context of the claim was made within the fixed period of 2019 to 2020, the search was extended to a one-year comparison. Further findings of the kidnap cases from June 2019 to June 2020 was verified in comparison with abductions from June 2018 and June 2019.

It revealed that 1,236 persons were kidnapped between June 2018 and June 2019, while there was a total of 9,443 casualties from all forms of insecurity that bedevilled the country within the same period.

But between June 2019 and June 2020, a total of 1,724 kidnap cases were recorded and 8,802 total deaths claimed by insecurity within the period under study.

The data above showed a difference of 488 more cases of abductions this year when compared with the previous year.

Though the 2019 Global Rights Mass Atrocities Casualties Tracking report identified a total of 3,188 killings due to insecurity in the country between January to December 2019, no similar report has been released for 2020 to benchmark the actual deaths recorded as a result of kidnapping and banditry.

However, from the 3,188 deaths recorded in the independent report last year, 2,707 were civilians.

From the overall figure, 1,075 of the casualties were killed due to banditry, the second-highest figure was 702 which was attributed to the Boko Haram insurgency followed by electoral violence which reportedly claimed 605 lives, among other categories. The report only recorded 117 abductions in 2019.

The report further noted that the highest killings in the country per month occurred in June 2019 with 504 deaths.

However, The ICIR could not get data on the number of banditry cases recorded for 2019 and 2020. As stated earlier, it only confirmed that 1,075 deaths were recorded from banditry in 2019 alone.

Based on available data as shown above, cases of kidnapping has dropped considerably, as claimed by Lai Mohammed. So, the claim by the minister is indeed TRUE.

Did Congolese Nobel Peace Prize winner, Dr Mukwege resign because he was asked to manipulate numbers of COVID-19 patients?